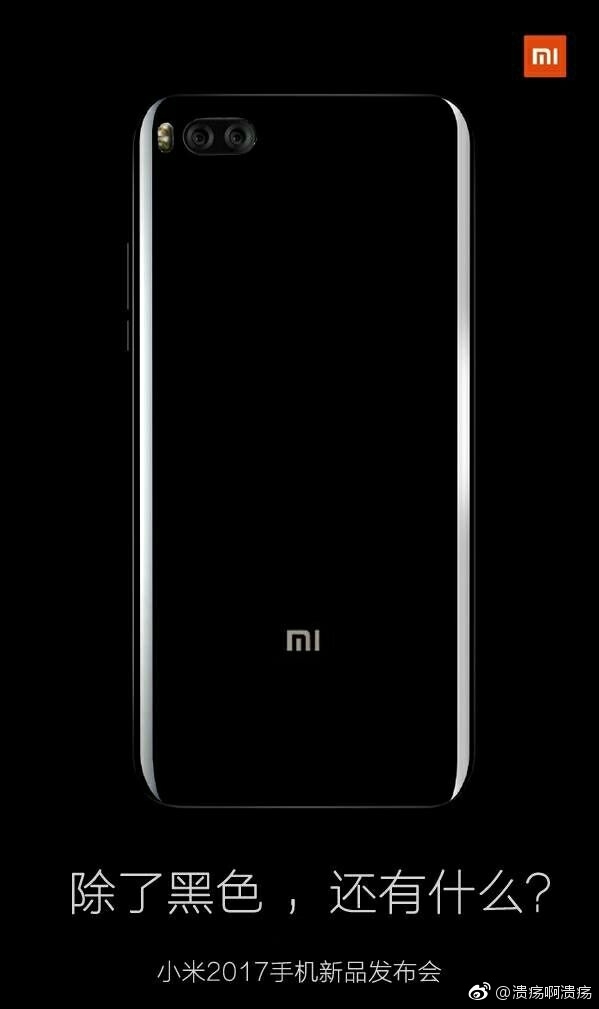 Xiaomi is going hardcore with the latest teasers for the Mi 6 flagship. They’ve just posted a picture of the device’s back on Weibo and that’s not even the news of the day about the device. Its pricing has also leaked and it doesn’t seem to be bigger than the Mi 5’s at debut.

The Mi 6 Plus though is a tad more expensive. Now, as far as the teaser image above goes, it shows a dual back camera and a glass panel with rounded edges. The two sensors seem to be closer to each other compared to those of the Huawei Mate 9 and the iPhone 7 Plus. Xiaomi Mi 6 is said to be launching in mid April and it’s not yet clear if it will sport the Snapdragon 835 CPU or the Snapdragon 821 one. It all depends on the deal between Qualcomm and Xiaomi.

That version sounds huge and you should also know that taxes and imports will be added to these amounts. Expect to learn more before the month is out.