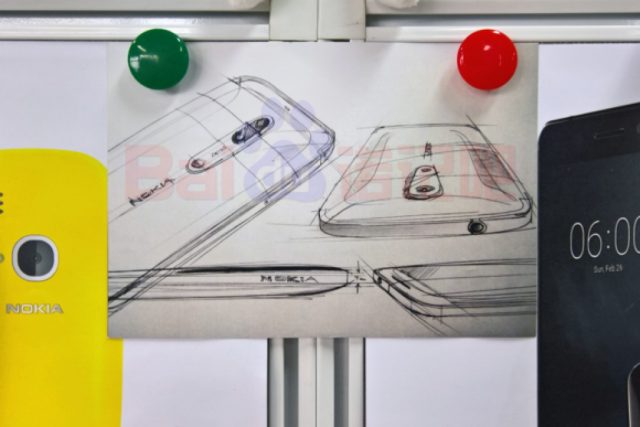 Before the MWC 2017 show we saw quite a few leaks of future Nokia flagships, with names like Nokia 8 and 9 being thrown around. Today the latter has leaked via sketches that appeared on Baidu in China. And lo and behold, it’s a dual camera machine.

HMD Global already hinted at a Zeiss partnership, so this was expected. The newcomer seems to adopt a different design of the camera area compared to the Nokia 6, Nokia 5 or Nokia 3. It’s also got that “pillow shaped” back side, a throwback to the Lumia times. The Nokia 9 has “Zeiss” engraved at the back, between the two camera sensors, which we expect to deliver some solid Bokeh feats. 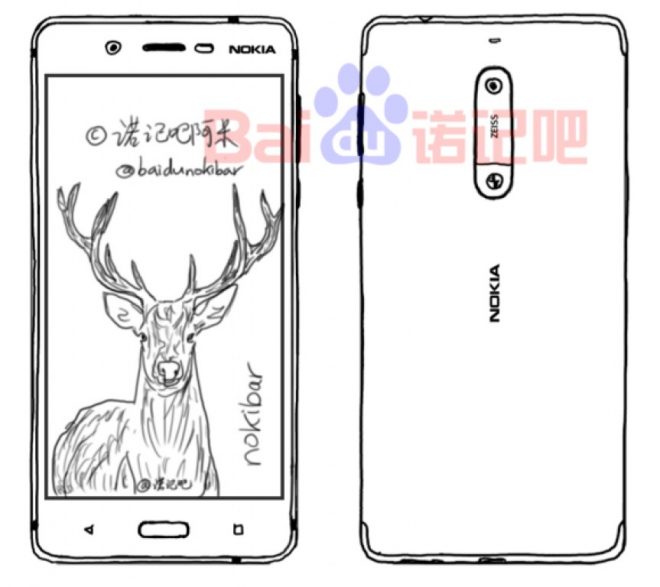 The phone’s back is slightly curved and the overall format feels rather narrow, compared to the quite wide Lumias. The facade is similar to the one of the Nokia 6, with a Home button with fingerprint scanner, flanked by dual capacitive buttons. The handset is said to have a Snapdragon 835 processor and 6 GB of RAM, while the Nokia 8 and 7 are expected to pack Snapdragon 660 chipsets and be high midrangers.