Home Xiaomi Xiaomi Mi4s Shows Up In Live Pictures; Gets Tested In AnTuTu Too 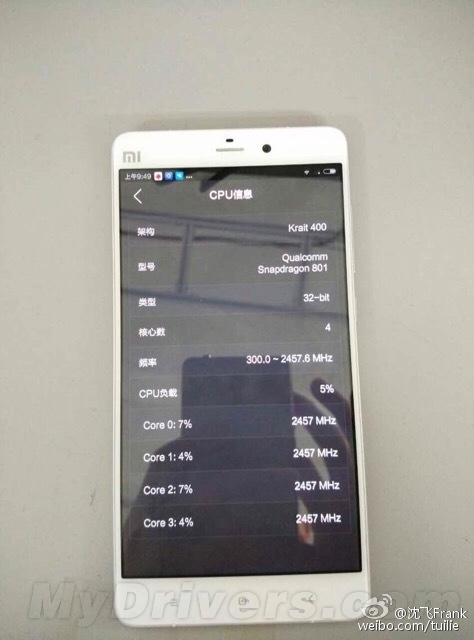 Even if we’re expecting that on January 15th Xiaomi to announce just a single device, this launch could transform into a double-exposure one. If some of the rumors are talking about a Xiaomi Mi5 with a 5.5 inch display, in the Chinese press there’s also several leaks that are making reference to a supposed Xiaomi Mi4s that will be a slighter upgrade compared to Xiaomi’s last year flagship.

A few moments ago, the guys from news.mydrivers.com uploaded several live pictures with a MI device that seems to be this rumored Xiaomi Mi4s. According to AnTuTu, this phone arrives with a 5.2-inch Full HD display, a thinner body and a metallic frame. 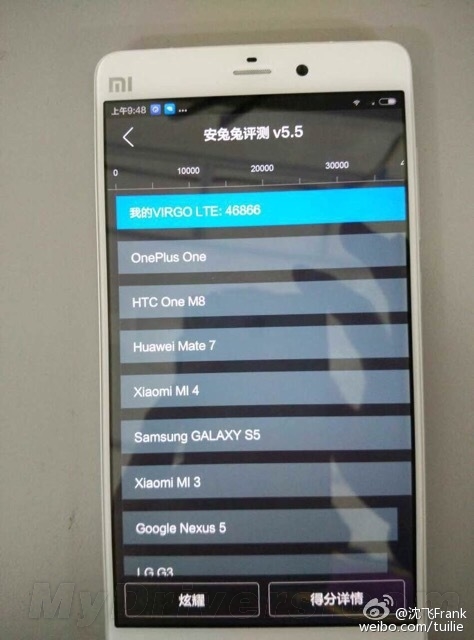 Also, as you can notice we get a quad-core Qualcomm Snapdragon 801 processor clocked at 2.5 GHz, unit that obtains 46.866 points in AnTuTu. It remains to see if Xiaomi will indeed launch two new phones on January 15th, or if we’re wrong. 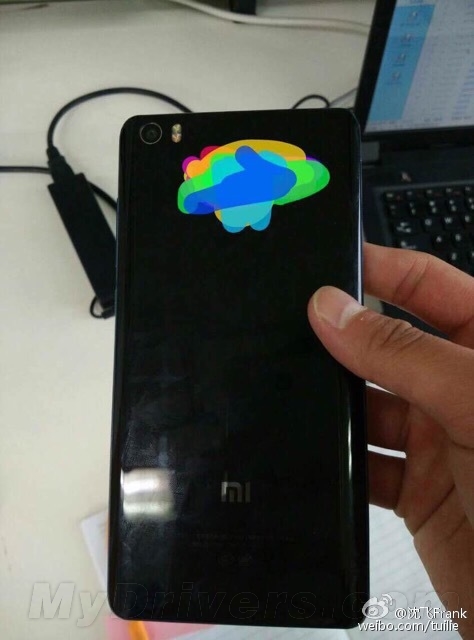