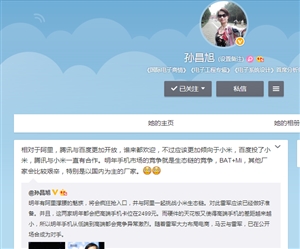 A few sources in China have come across the very first details regarding the Xiaomi Mi5, that is supposed to be a sort of Meizu MX4 Pro rival, apparently. The product may or may not break the $325 price tag barrier and could feature some high end specs, detailed below.

Apparently, the handset could come with the new generation of Qualcomm Snapdragon 810 processor, a 5.7 inch Quad HD display and a fingerprint scanner. Such specs would clearly require a bigger price for the handset, maybe bigger than $400. I can’t tell yet if Xiaomi is big enough to make the unveiling of the new model at MWC or CES 2015, or if they’ll do it separately.

Anyway, 2014 was a big year for Xiaomi and 2015 will be even bigger. However, don’t bet on a bigger price here, since Xiaomi could even sell the handsets at a loss, only to get the volume needed and deliver the MIUI software, which is their real product, according to Hugo Barra. I also expect a 20 MP Sony sensor camera on the new Xiaomi flagship, as well as 3 or even 4 GB of RAM.