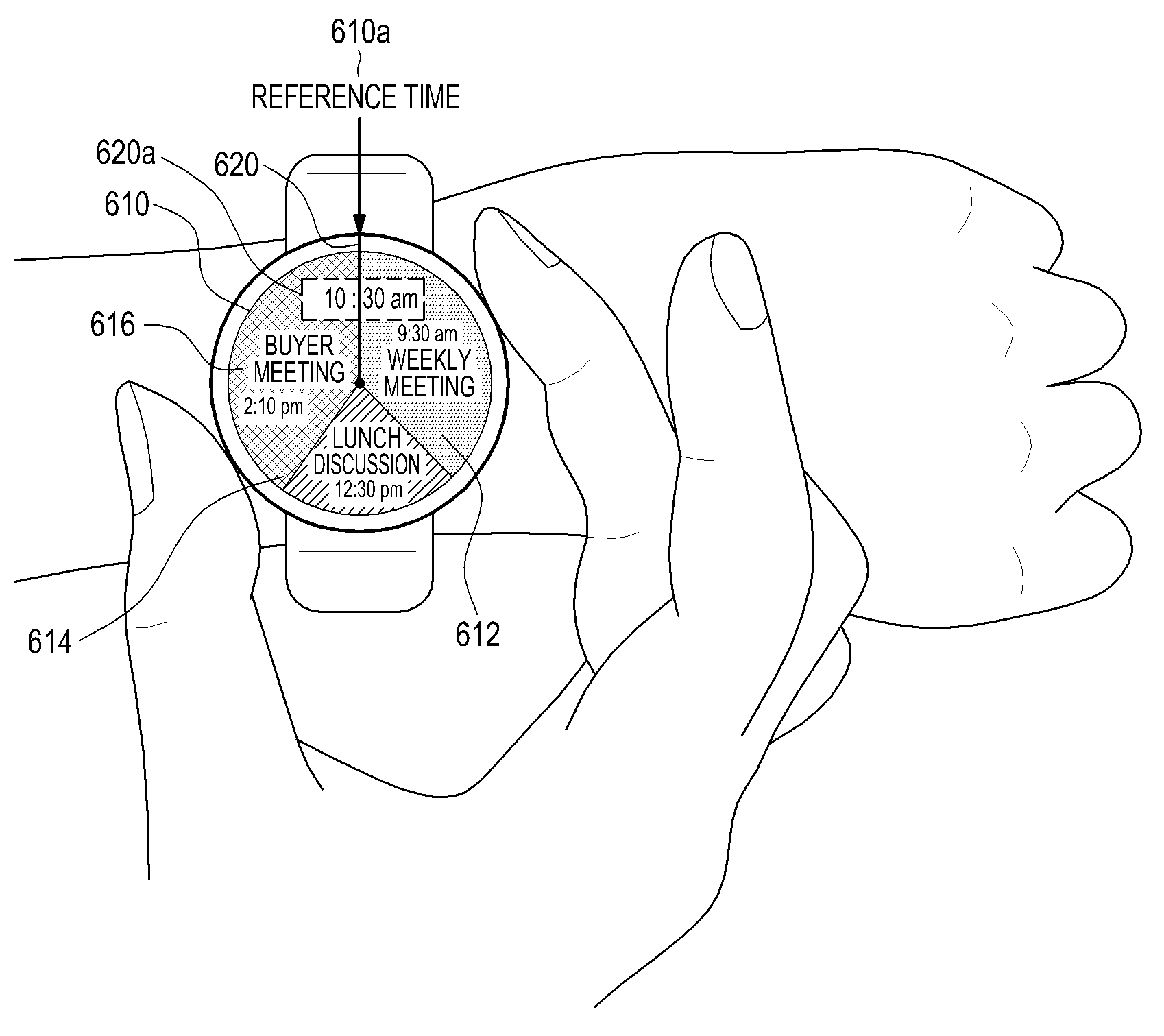 Samsung has patented a new wearable device, a circular smartwatch of sorts, that displays the user’s schedule on its screen. Apparently there seems to be an extra input system that involves gestures or spinning a part of the device’s body. 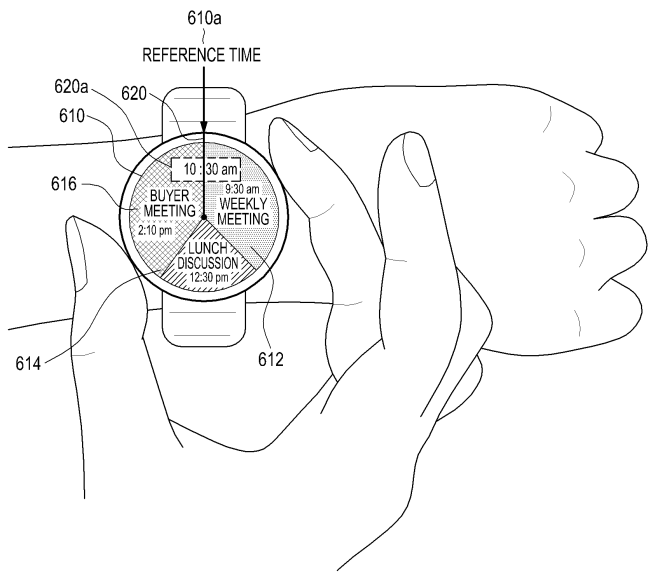 The schedule is shown as “sectors” of a circular diagram, corresponding to various meetings and items. The patent covers a variety of country, so this may be a new Samsung Gear model, either with Tizen or Android Wear, although the first seems more likely. There’s no telling what other features are available here, like cellular connectivity or a monochrome or colored display.

We also can’t make much out of the picture, since the bracelet shown here looks kind of rigid. At least, the edges of the screen are small and the overall design has a very clear Moto 360 feel to it. I guess that spinning a part of the body would highlight a certain sector…