Home Android Xiaomi Mi5 Gets Rendered, Once Again Confirmed to be Thinner Than the... 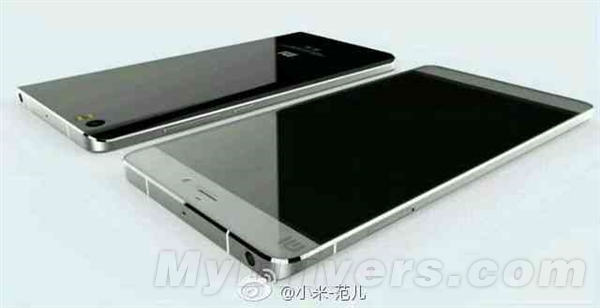 We’re expecting great things from Xiaomi on January 15th, when they have scheduled a press event, meant to debut the Xiaomi Mi5 or maybe the Mi4S. After seeing the frame of the new phone pictured two days ago, today we catch a glimpse of a render of this device.

The render shows a metal frame yet again, probably aluminum, with a special antenna cutout included. The camera is placed in the back left corner and it seems to feature a dual color LED flash. This device is said to feature a 5.2 inch display, as well as a 6.1 mm thin body, which means it’s thinner than the iPhone 6, that has a waistline of 6.9 mm.

Since the iPhone 6 manages to be thin with the sacrifice of a camera bulge, we can’t help but wonder if this will also be the case here. The render doesn’t seem to show that, instead the camera actually seems to have some depth to it. I’d say this model looks quite a bit like a Galaxy Alpha or Gionee model.