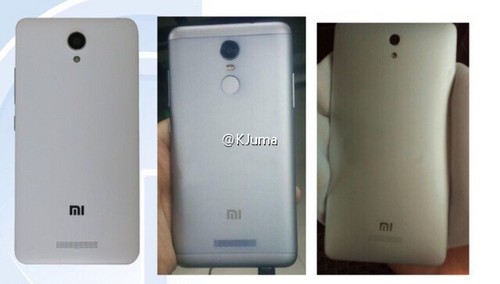 The Xiaomi Redmi Note 2 has been rumored to debut on August 13, so considering we’re hours away from that date, it’s high time we learned some more details about it. The device has been listed by an over enthusiastic retailer and had some renders of it leaked out, together with specs.

Keep in mind that tomorrow marks Xiaomi’s MIUI 7 unveiling event, that may also bring the handset with it. Priced at $199 in the listing, the handset is said to pack a 5.5 inch 2.5D display, with a screen resolution of 1920 x 1080 pixels. It runs Android 5.1 Lollipop with MIUI 7 on top and relies on an octa core MediaTek MT6795 chipset. 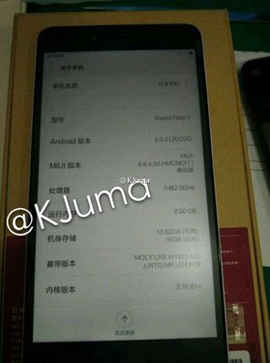 At the back there’s a “curved glass cover”, which is not something you see every day, while also in the same area there’s a 13 megapixel main camera. Upfront we’ve got a 5 MP shooter and this model does LTE. 2 GB of RAM and dual SIM slots round up the specs list, together with a 3600 mAh battery. Another version of the phone with a Snapdragon 615 chipset is also planned. Expect an Indian debut on August 19, together with the local MIUI 7 unveiling. 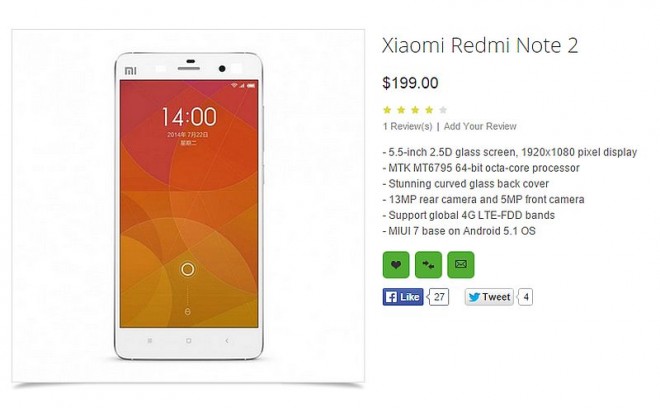