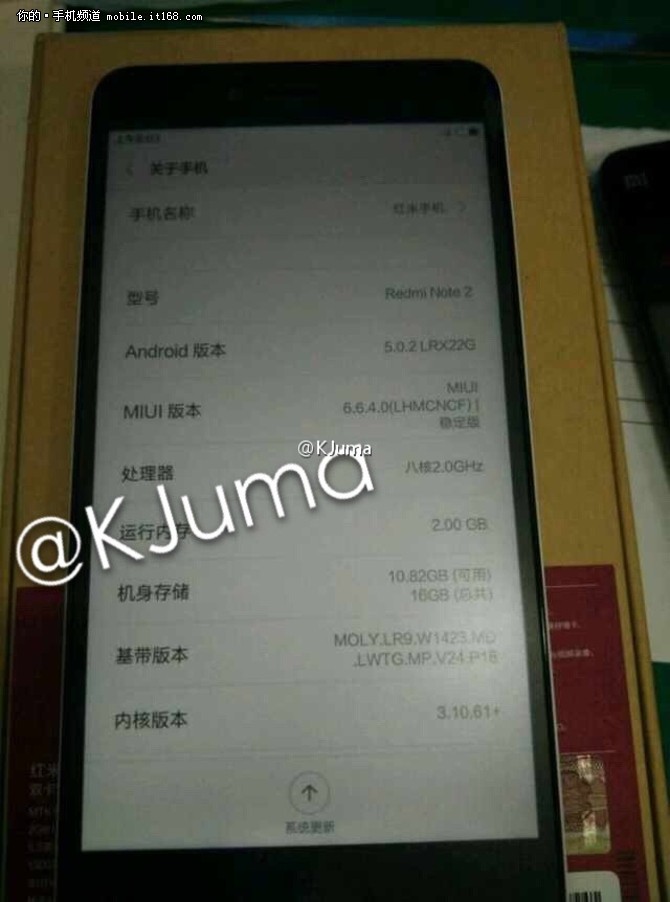 Next week, on August 16th is expected that the Chinese producer Xiaomi to release on the market a new smartphone device. This new product will be the Redmi Note 2, phablet that today makes another appearance. Thanks to a couple of leaked pictures we get to see what specs we’re going to get and how the retail box looks like. 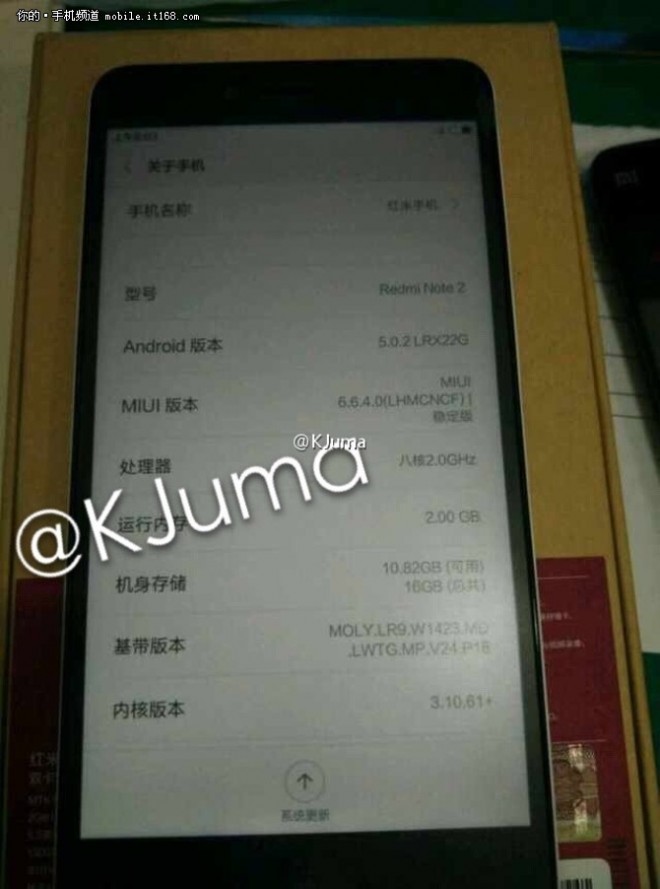 Apparently, this version leaked comes with an octa-core processor clocked at 2.0 GHz (probably with the MediaTek MT6795), while according to some rumors we’re going to have a Snapdragon 615 powered variant too. This picture also confirms the fact that we’re getting 2 GB of RAM memory, 16 GB space of internal storage (only 10.82 GB available) and Android 5.0.2 Lollipop with MIUI applied on top. 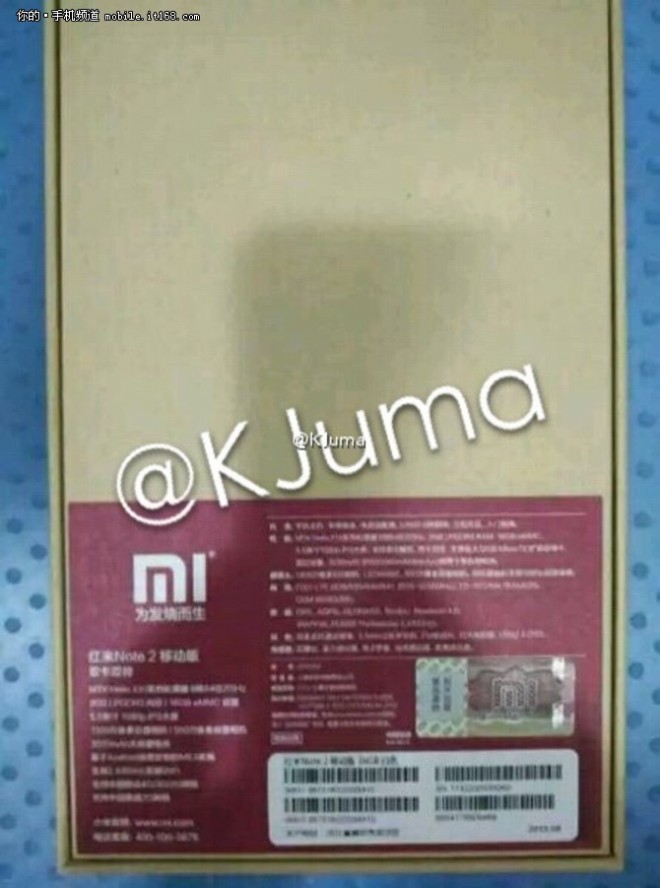 From other sources, we got to know in the past that Xiaomi Redmi Note 2 will bring a 5.5 inch Full HD display, a 3020 mAh battery, a 13-megapixel rear facing sensor with LED flash and a 5-megapixel front-facing selfie unit. Today’s leaks also suggest that Xiaomi will sell this phone for about $112.