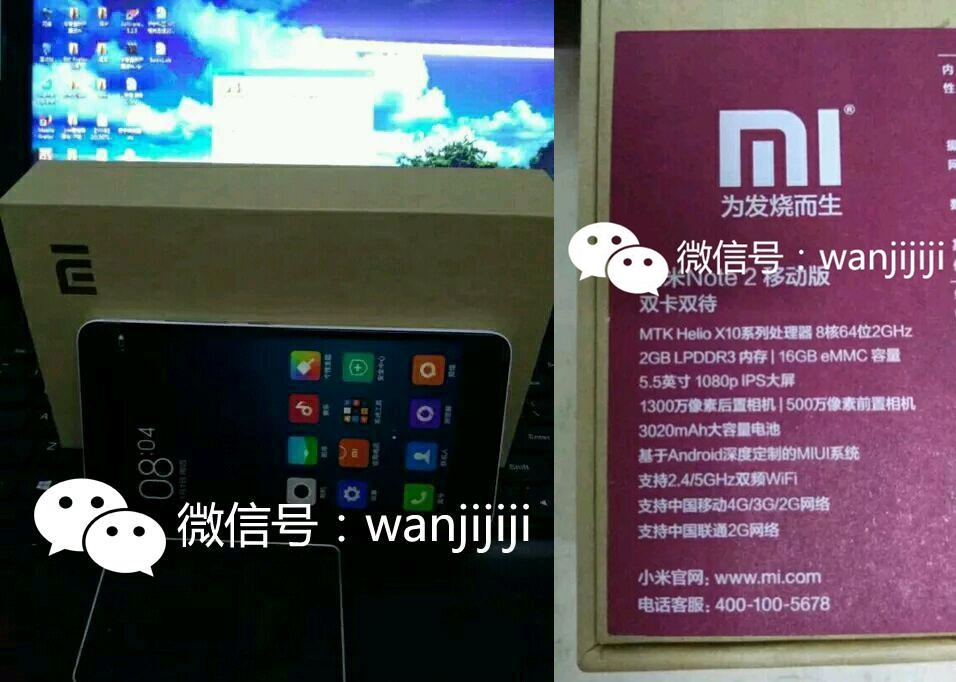 Today, August 13th not only Samsung has prepared a press event, but Xiaomi too. This Chinese company is expected to unveil the MIUI 7 custom interface, and also the Redmi Note 2, a 5.5 inch phablet that will pack some great specs and an even better price tag. 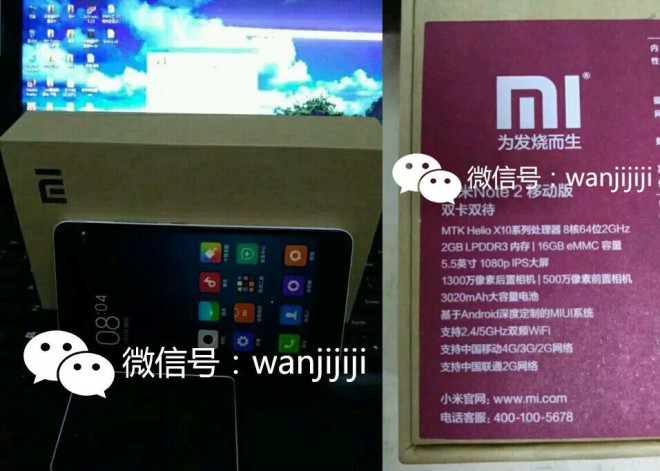 With just a couple of hours before the announcement, we have the chance to take a look on the phone and its retail package. Also, we see how good is Redmi Note 2 in AnTuTu. From the pictures above we can notice both the phone and its box where we have some of its hardware specs.

As you can see, we get a 5.5 inch Full HD IPS display, an 64-bit octa-core Helio X10 processor clocked at 2.0 GHz, 2 GB of RAM memory, 16 GB space of internal storage, a 13-megapixel rear facing camera with LED flash and a 5-megapixel front-facing sensor. There’s 4G LTE connectivity and a 3.020 mAh battery. 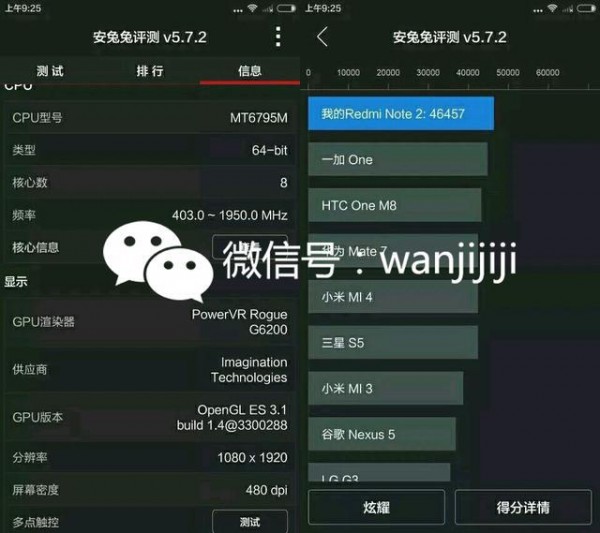 While tested in AnTuTu, this phone got a 46457 score, number that gets it above the OnePlus One, Huawei Mate 7, and on top of other flagship devices of 2014. We finally arrived to the price tag, and from what we found out, this phone will be priced at just $200.