Home Xiaomi Xiaomi Will Release A Special Edition Of The Mi4 Flagship; Priced At... 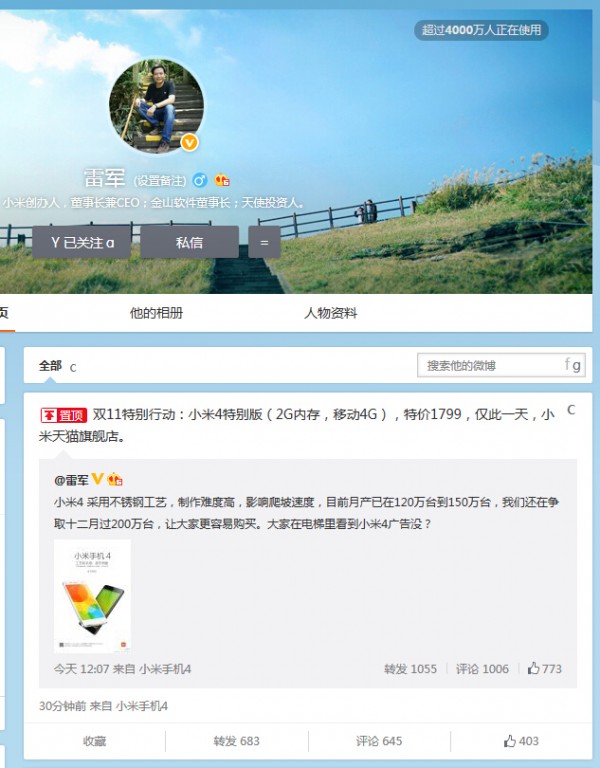 Recently, Lei Jun, Xiaomi‘s CEO announced on its Weibo accound the fact that the Mi4 flaghsip wil get soon a Special Edition that will arrive on the market for a $293 price tag. Unlike the regular Mi4 smartphone, this one will bring just 2 GB of RAM memory instead of 3 GB.

Also, is expected that the rest of the specs to remain pretty much the same, so we’ll get a 5-inch Full HD display, a quad-core Qualcomm Snapdragon 801 processor clocked at 2.5 GHz, 16 or 64 GB space of internal storage, a 13-megapixel rear camera and a 8-megapixel front-facing sensor.

We’ll also get the quick charge technology that allow users to charge the phone battery from 0% to 60% in just 30 minutes. It remains to see when Xiaomi will officially unveil this Special Edition and what else will bring.