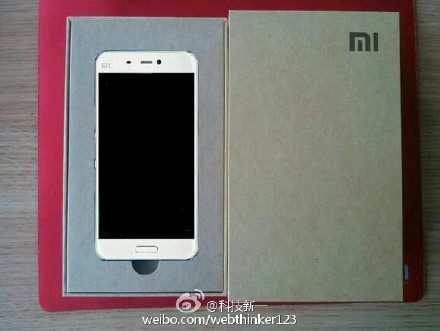 Yesterday, Hugo Barra (vice-president for international business at Xiaomi), revealed the fact that Xiaomi Mi 5 flagship will be officially announced on February 24th during a press conference. Shortly after, on the Chinese social platform Weibo showed up a couple of leaked photos with phone’s retail packaging.

Even if the box isn’t fancy or something, the product is the one that matters more. So, according to the recent leaks we’re going to have a 5.2-inch Quad HD or Full HD display on this phone, a quad-core Qualcomm Snapdragon 820 processor on 64-bit, a 16-megapixel rear camera and a 8 or 13-megapixel front facing sensor great for selfie captures. 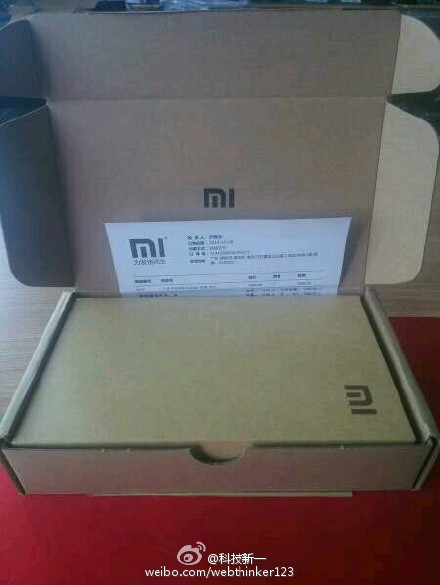 Other specs include a physical home button with fingerprint function, an USB Type-C port and Android 6.0 Marshmallow as default operating system. Apparently, Xiaomi Mi 5 will be launched in two different variants: one with 3 GB RAM and 16 GB space of internal storage, and another with 4 GB of RAM and 32 GB internal memory. 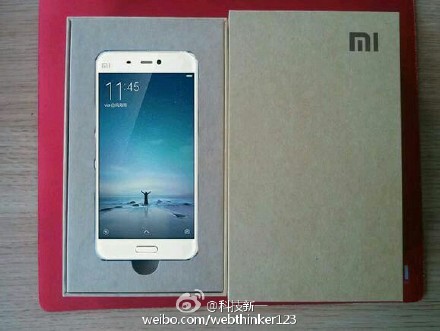