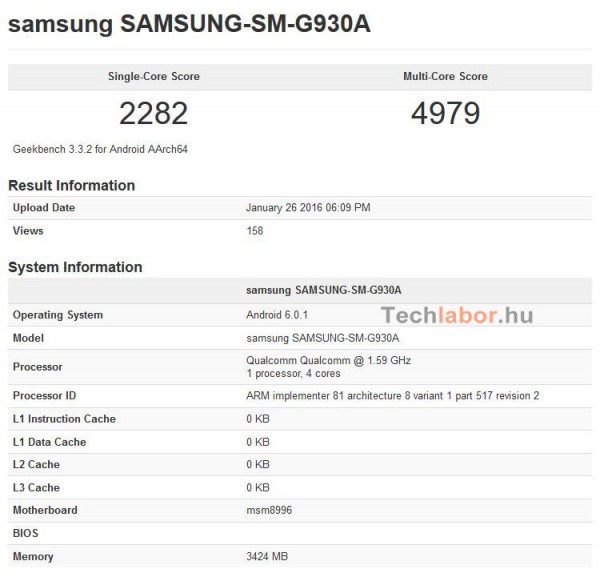 Samsung Galaxy S7 has leaked again, this time in the GeekBench benchmark, that reconfirms the presence of the Snapdragon 820 CPU on board. It’s been known for a long while now that the handset will have a Snapdragon 820 or Exynos 8890 CPU, but usually the latter is associated with the AT&T version of the phone.

Well today that AT&T version apparently gets a Snapdragon 820 CPU. How do we know that? GeekBench 3 lists the phone under the codename Samsung SM-G930A, with the “A” standing for AT&T. The one with “V” in the codename is Verizon’s version and the one for T-Mobile gets a “T”. Anyway, the same benchmark mentions the MSM8996 motherboard, which is associated to the Snapdragon 820 chipset. 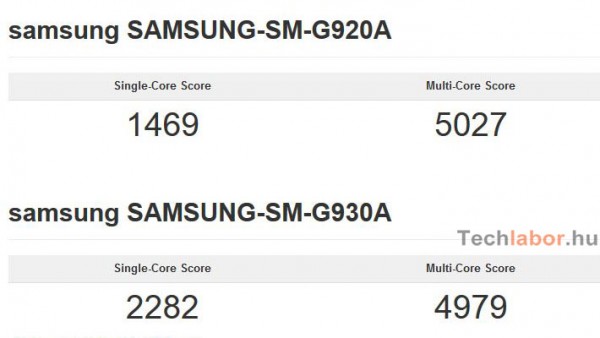 One aspect we noticed is that the multi core score of the S7 shown here is 4979, which is lower than the Galaxy S6’s 5027 points. The single core score has increased, from 1469 to 2282 points. Of course, this could be blamed on a prototype or test unit, that has yet to be finalized. We’ve seen the S820 tested before, with stellar results in all benchmarks, so that’s odd.

By the way, the same test lists 4 GB of RAM and Android 6.0.1 as the OS, all features we expect on the phone, together with the 12.2 MP camera. We’ll learn more in a few weeks.