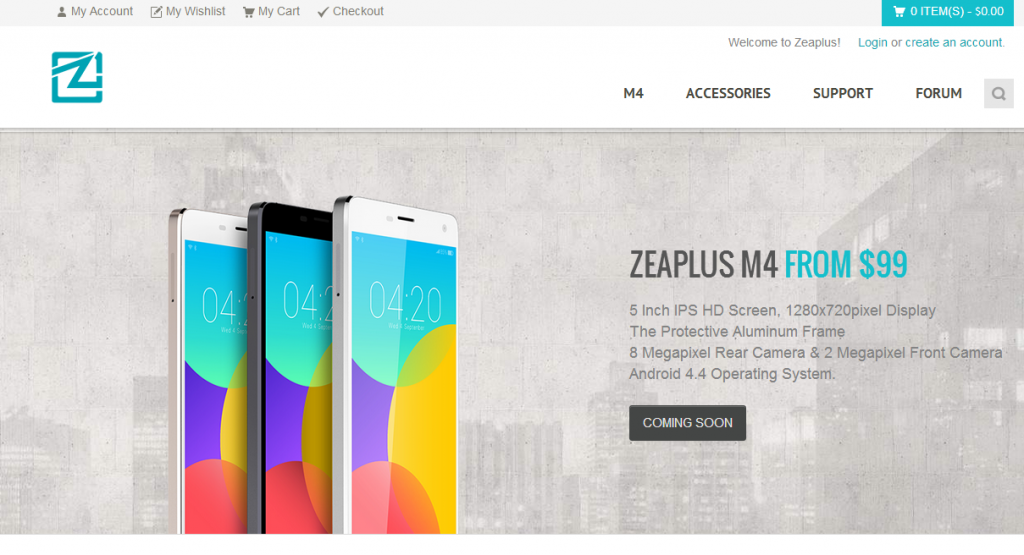 The Xiaomi Mi4 was launched relatively recently and it’s already being cloned in Asia. The resulting model is dubbed Zeaplus M4 and it’s priced at $99 and pictured below. I’m pretty surprised by how good the clone looks, even though these are only renders. 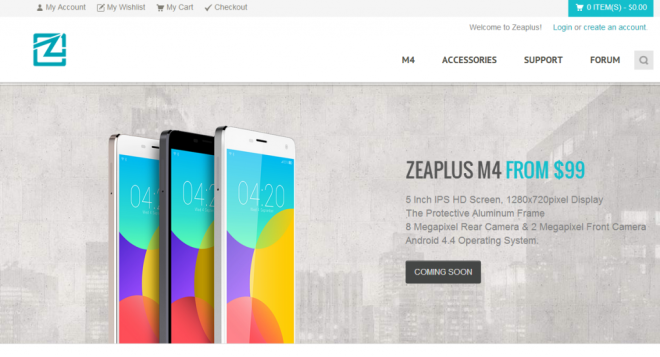 Notice that even the wallpaper on the screen is borrowed from the Xiaomi and the Zeaplus M4 packs a 5 inch HD display, in case you’re wondering. It also has a protective aluminum frame, an 8 megapixel back camera and a front 2 MP shooter, plus Android 4.4 as the OS. Zeaplus is a strange company, a young one that doesn’t have one other device under this brand till now.

The product is supposed to come from the same factory as the Elephone P4000, Doogee DG850 and No. 1 Mi4, which are also clones in some way. We’re even promised a metal body in this case, which would be great for less than $100, but sounds strange. The CPU offered here is the quad core MT6582 and we also get a microSD card slot, Gorilla Glass, so all of this sounds too good to be true.