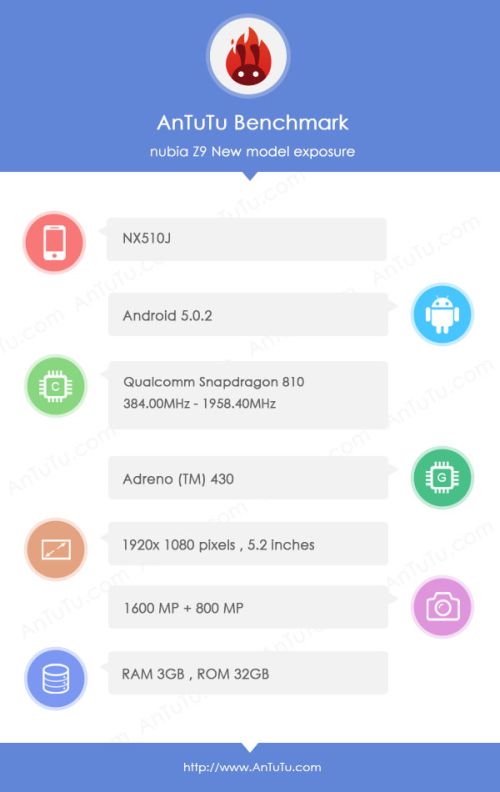 ZTE brought some interesting products at MWC 2015, but some of them were showcased behind closed doors, apparently. Now we learn that the ZTE Nubia Z9 and Nubia Z9 Max are still incoming and the former’s specs have leaked today.

The unveiling of the devices will take place on March 26th and the ZTE Nubia Z9 is mentioned here under the codename NX510J. It runs Android 5.0.2 and relies on a Qualcomm Snapdragon 810 processor, clocked at up to 2 GHz. There’s also a 5.2 inch screen in the mix, a 16 megapixel back camera and a front 8 MP shooter. 3 GB of RAM and 32 GB of ROM round up the specs list.

Apparently the AnTuTu testing for this model is not finalized yet, so we don’t know what the results are in the benchmarks. AnTuTu is saying that the results are not quite on par with what other Snapdragon 810 models achieved, so ZTE may need to optimized software a bit more.