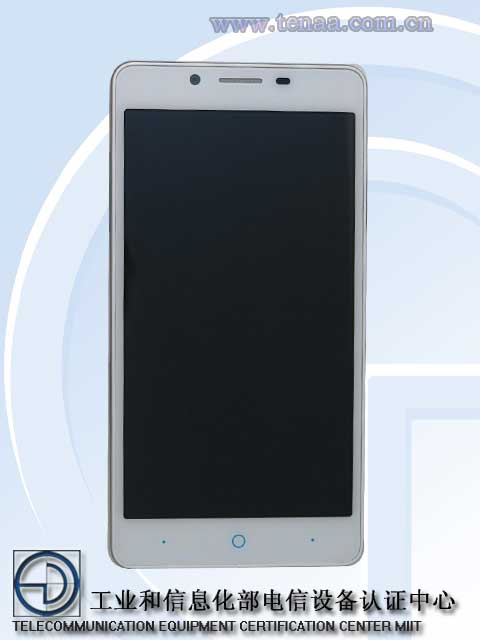 Usually when we discuss “official leaks”, it’s a Chinese authority of sorts, like the TENAA or WiFi Alliance or something like that. Today we learn more details about the ZTE Q2S-T handset, that’s shown below in a generic image.

This model runs Android 4.4.2 KitKat and the CPU inside the handset is a quad core 1.2 GHz one. ZTE Q2S-T packs a 5.5 inch IPS LCD display with a 1280 x 720 pixel resolution and at the back there’s an 8 megapixel CMOS sensor, while upfront there’s a 5 MP one, although the documents aren’t very clear in that regard. The specs also include 1 GB of RAM, 8 GB of storage and a 9.2 mm thick chassis.

The product weighs 151 grams and it will come in white alone. ZTE Q2S-T has a pretty standard rectangular design, with capacitive buttons at the bottom and a pretty generic symbol for the home button. This design reminds me of a Samsung Galaxy S II, to be honest.