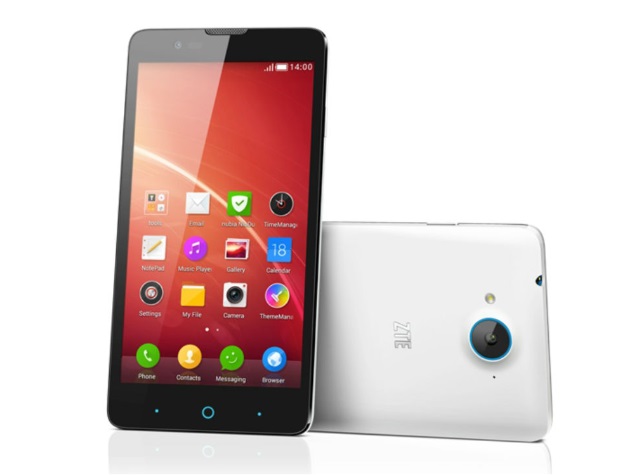 $181 seems to be the magic number, since the new Motorola Moto G is rumored to cost as much and now there’s a new handset in India with the same price tag. It’s the freshly launched ZTE V5, available in India, exclusively on Snapdeal starting today.

There’s a promo to accompany the launch, as the e-commerce site is offering up to 1 GB 2G or 3G data per month for the first 3 months, only for prepaid Aircel subscribers. ZTE V5 runs Android 4.4.2 KitKat, with the Nubia 2.0 UI custom interface applied on top and this is the company’s first KitKat model in China apparently. Its specs include a 720p IPS display with OGS and Dragontrail Glass.

It has a 1.2 GHz quad core Qualcomm Snapdragon 400 processor inside, as well as 1 GB of RAM, 4 GB of storage and a microSD card slot. The smartphone packs a 13 megapixel Sony Exmor CMOS sensor with LED flash at the back and a 5 M P front shooter with BSI. The main camera also provides autofocus, a light meter, stabilizer, special effects, panorama and face detection. Finally, there’s a 2400 mAh battery inside, FM radio, 3G, WiFi, microUSB, Glonass and A-GPS.