It’s been a while since we last heard news about Zune HD and now it turns out that a screenshot of its Marketplace has just been made available on Twitter. 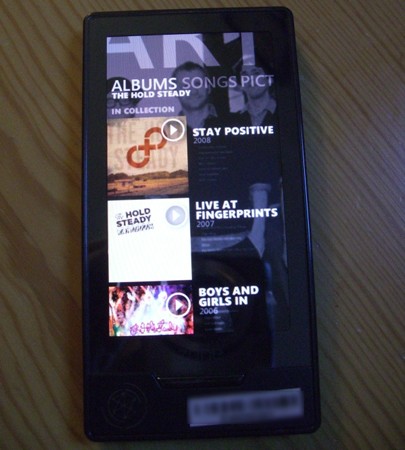 Posted by Xbox 360 Program Manager “Fitret”, the pic shows the Tegra-based device displaying its Marketplace section, the artist sub-menu. This picture is not much to speculate on, but the design is quite neat and appealing, or at least so it seems from where we’re standing.

Of course, we’d be more interested in Zune HD’s pricing and a release date, but we’ll have to do with one leak at a time.