Recent sales figures have shown a 6.5 decrease in shipments of handsets in Q3 2009, when compared to the same time period in 2008. However, experts like Jake Saunders, ABI Research’s Forecasting VP claim that things will look better in Q4, with an estimated contraction of 4-5%. 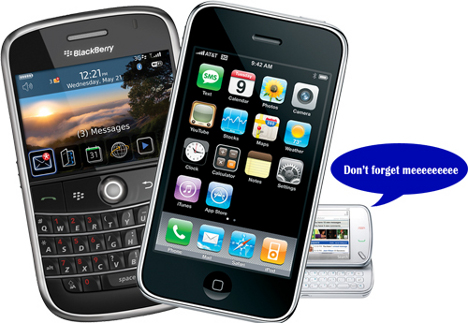 Q3 was all about recovery, thanks to the sales in Asia-Pacific and North America, with the latter being conquered by a passion for smartphones. Meanwhile, Nokia’s market share slipped from 38.3% to 37.7% in Q3, as Samsung was successful enough to reach 20.7%, followed by LG and it 10.9% share (decreased).

Predictably enough, Apple performed pretty well, with a rise of market share, from 1.9% to 2.5%. As far as the mobile OS market share is concerned, Symbian still leads the pack, with 48%, followed by BlackBerry with 18%. We’ve yet to see a significant move from Android…