Home Google A Couple of Promotional Slides are Revealing Some of the Nexus 6P... 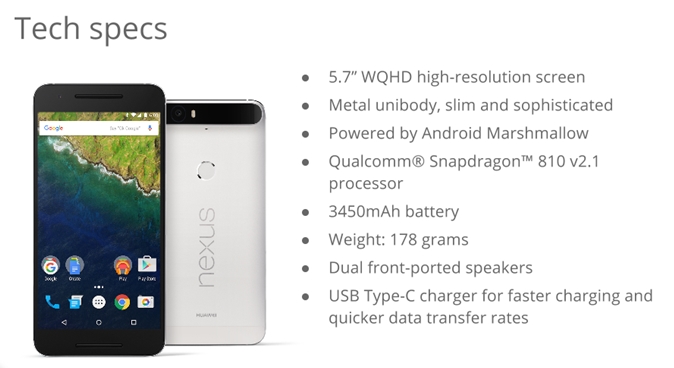 On September 29th, Google alongside its hardware partners will unveil the new Nexus smartphones. This year we’ll get to see two new products, one made by LG and called Nexus 5X, and another one developed by Huawei and named Nexus 6P. As expected, this last one will be a phablet, device that gets leaked today through a couple of leaked promotional slides. 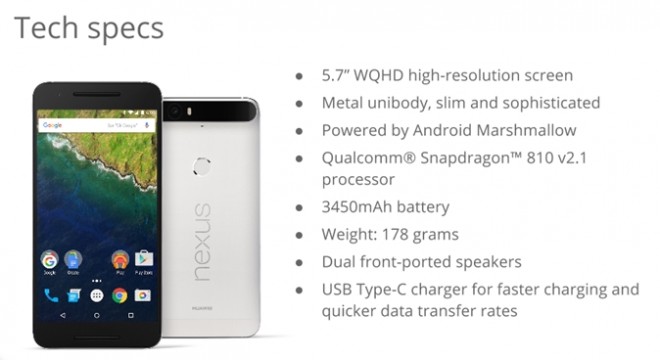 First, we get to know that Nexus 6P will pack a 3.450 mAh battery, a sealed-in unit that sounds pretty good on the paper. There’s a 5.7 inch WQHD display with a 2560 x 1440 pixels, an octa-core Qualcomm Snapdragon 810 processor v2.1, front-facing stereo speakers and an USB Type-C for both charging and data transfer. 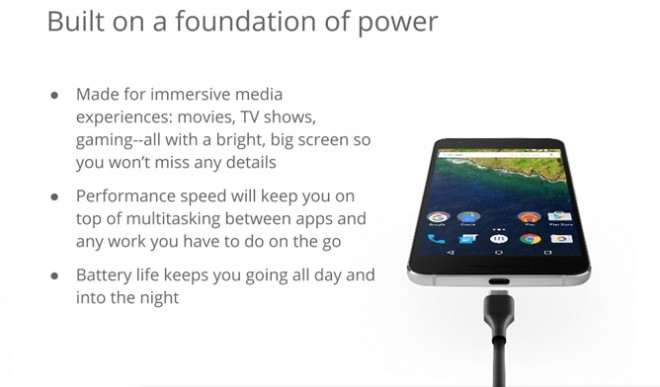 Among other features, we have a uni-body metallic case that weighs 178 grams, Corning Gorilla Glass 4 protection, but also 32, 64 or 128 GB variants. Huawei Nexus 6P will offer Android 6.0 Marshmallow operating system from factory and a fingerprint scanner placed on the back.

This new smartphone will be available in 4 different color variations: white, gold, silver and black. From what is revealed in one of these slides, the gold variant arrives at first in Japan, followed by a global rollout later. How these features and specs sound for you?