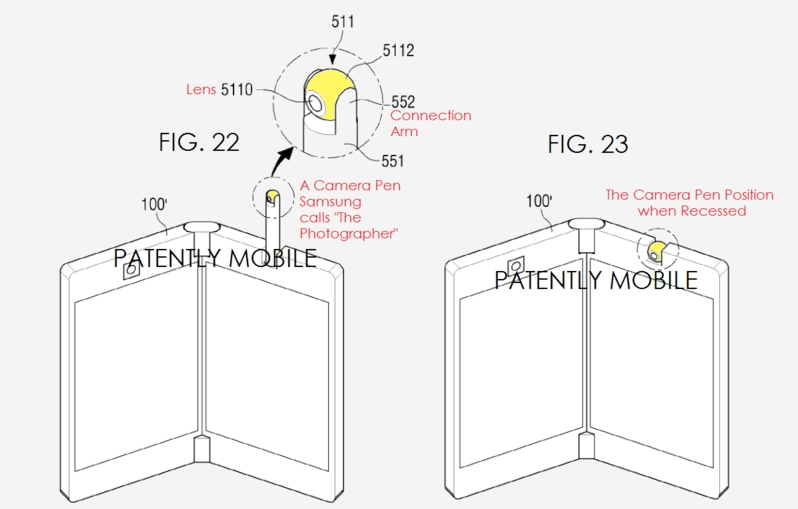 In the last few days we heard some information about the fact that Samsung is currently preparing a bigger Galaxy S6 Edge phone, device that was also leaked in a first picture by the popular youtuber Marquess Brownlee, also known as MKBHD. Until we see if this phone will be launched or not, today a Samsung patent let us take a look on the future. 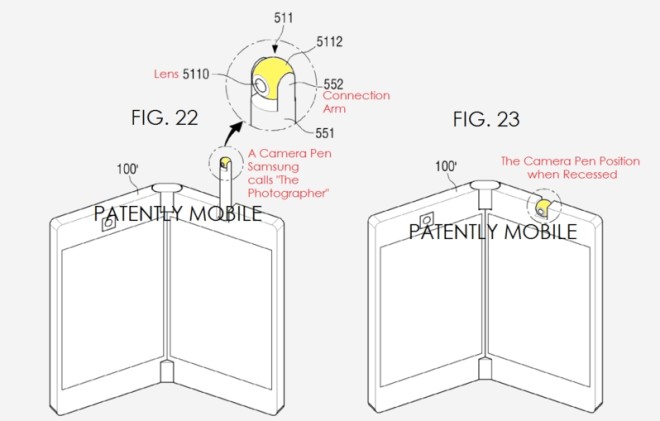 This fresh patent received by Samsung makes reference to a dual-display phablet that will be able to fold and thereby work as as single display device or one with a extended one for watching a movie in a more interactive way. Apparently, this new device will arrive in 2016 as a successor of a Galaxy Note phablet.

Taking a closer look on the sketch above, we can see that the phablet will pack a special S-Pen with rotating camera sensor, an accessory that could also be used for taking selfies. How do you see such a possible device on the market?