During an event in Thailand Acer and Intel joined forces and announced a brand new handset called the Liquid C1. This model is an Android smartphone, that relies on the new Intel Atom Z2420 chipset, that was announced at CES 2013 last month. 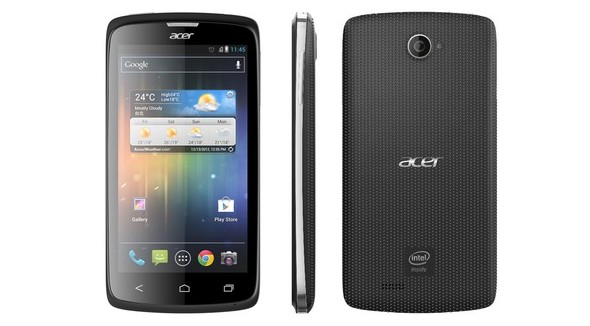 The C1 is not a high end phone, but it still has interesting features. Those include a 4.3 inch IPS screen with a qHD resolution and an 8 megapixel back camera with autofocus. The Intel Atom Z2420 chipset is codenamed Lexington and uses a main x86 processor, running at 1.2 GHz. It’s a single core setup with Hyper Threading, a technology also used on the already famous ZTE Grand X In, that we’re reviewing these days.

The chipset offers 1080p encoding and decoding and it allows the Liquid C1 to take 5 stills per second. Acer’s new phone runs Android 4.0 ICS, uses 3 capacitive buttons and a back surface that reminds me greatly of the Acer Cloudmobile. The device should launch this month, initially in Thailand, with a price tag of $335.