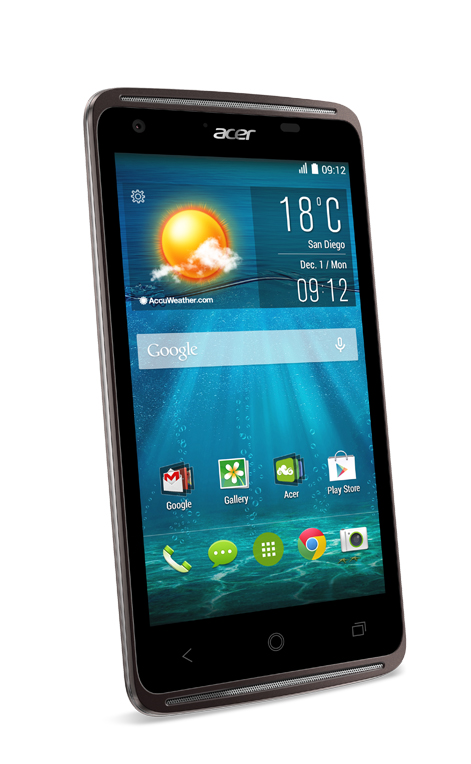 Acer has debuted a new handset ahead of the conference it has scheduled on April 23rd in New York. The newcomer is called Acer Z410 Plus and as the name states, it’s an upgraded version of the Z410 model.

I should probably mention that the Z410 was the first 64 bit phone in Acer’s portofolio and it was unveiled at CES 2015. The Z410 Plus is priced 169 euros and it comes with dual SIM slots and a 4.5 inch qHD display. Inside we find a quad core MT6732 processor, clocked at 1.3 GHz and this time we get 2 GB of RAM instead of 1 GB like on the predecessor.

Part of the Liquid series, this phone runs Android 4.4.4 and comes with 4G connectivity. It keeps the 5 MP back camera, as well as the 2000 mAh battery from the unit unveiled in January. Finally, there’s DTS Studio Sound acoustics on board and we should get Lollipop before the end of Q2.