Just a week ago we announced that Acer is going to launch a hot smartphone at Mobile World Congress 2009 and we speculated that it was going to be a rebranded E-Ten device, the V900.

Turns out we were half right, but the rebranded handset is E-Ten Glofiish DX900, which is now available through UK retailer Clove Technology. 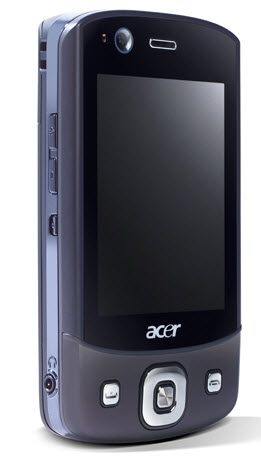 Acer DX900 keeps each and every feature from its former self, like the dual SIM capability, GPS, WiFi support, 3 megapixel camera, Windows Mobile 6.1 and 2.8 inches VGA touchscreen.

DX900 also got some color tweaks and in case you’re not familiar with the situation, know that Acer bought E-Ten in 2008 and plans to use their expertise in the smartphone biz to enter the market and compete with the likes of HTC and soon Dell and i-mate.

Looking forward to seeing Acer DX900 in action at Mobile World Congress 2009, although we know what it’s capable of…