Acer has just announced the Liquid Glow smartphone, an Android 4.0 device that comes with a 3.7 inch display, an unusual diagonal choice for the latest flavor of Android. I suppose we’ll be seeing this model at MWC 2012 in the following days. 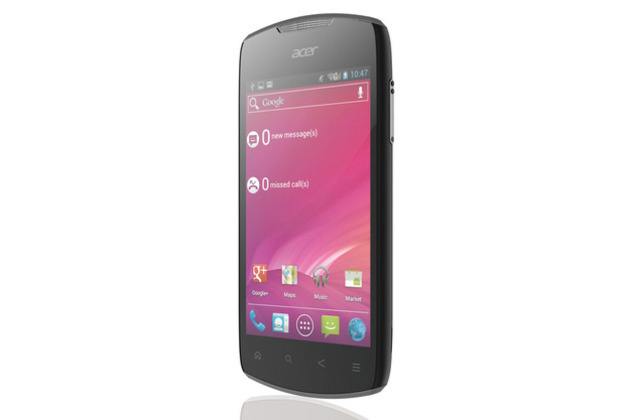 The handset also features a 5 megapixel camera, NFC support and it should hit the market early this summer. As far as the CPU, screen type, connectivity go, details are pretty scarce at the moment. Acer Liquid Glow should be a budget phone, that will support the Android Beam technology via NFC and we find out that the product will be available in various color options. They include Sakura Pink, Alpine White and Cat’s eye Black. We’ll be in Barcelona soon enough to give you a proper hands on with this device, so keep reading GSMDome.com.

The idea of a budget phone with Android 4.0 and with a pretty appealing design is very nice and I guess that in a couple of months we’ll witness an invasion from Asia of low price Android ICS handsets, like it happened to the Honeycomb tablets..