In just a couple of days we’ll be leaving to Barcelona, in order to attend Mobile World Congress 2012. Considering that Samsung doesn’t have a conference scheduled for MWC or an unveiling of the Galaxy S III, one would dismiss their presence and call it uninteresting. However, there will be a round table event that we may attend. 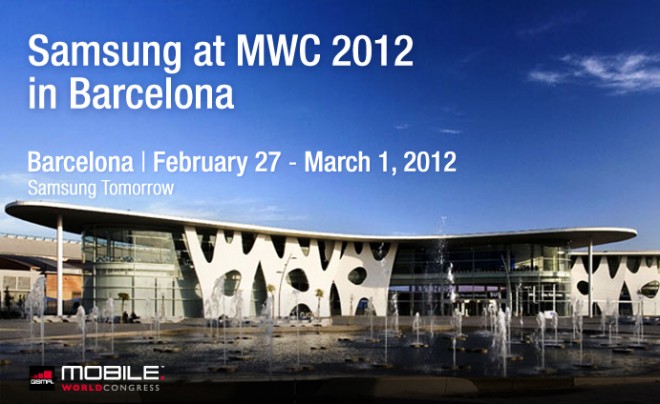 We were promised an invite and as soon as we get that you’ll get all the info you need. Taking place on February 2th at 9 am local Barcelona time, this event will gather a bunch of journalists and people from the telecom area for briefing on the latest in Samsung technology. Things to expect here are a demo of the quad core Exynos CPU, maybe on a new smartphone or tablet (fingers crossed for the Galaxy Tab 11.6), maybe a new Galaxy Note and perhaps that rumored Galaxy S II Plus.

Samsung could also show some laptops, ultrabooks, the Galaxy Tab 2 will surely be there and maybe some other versions of the Galaxy Tab series. Are you as excited about this as we are? Let’s not forget Tizen and Bada, since they’ll also be present at MWC!