The guys at ITG have an event planned for March 10th, the one that will mark the unveiling of the xpPhone 2 Windows 8 handset. The xpPhone series has been offering Windows XP and Windows 7 on smartphone formats so far and now it’s time for Windows 8 to appear in this series of products. 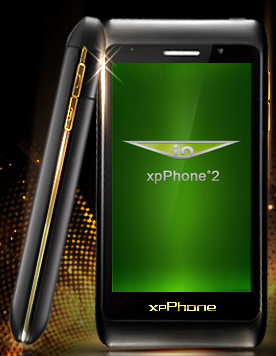 Of course, initially the device will run Win 7 till Windows 8 decides to grace us with its presence. The conference on March 10th will take place in China and I hope that the smartphone won’t be confined to its homeland, but also reach other parts of the world. Also seen as a UMPC, the handset sports a 1.6GHz Intel Atom Z530 processor (or an improved one, according to rumors(, 2GB of RAM and up to 112GB of SSD storage, if you can believe it. There’s also a 4.3 inch display on board and the case of the xpPhone 2 is promised to be thinner than the one of the bulky predecessor.

I expect a pricing in the $700 to $800 range, so it’s not a handset for everyone. Also I suspect the battery life to be extremely poor, because of the draining that the CPU and OS will do from it.