AT&T and T-Mobile are looking into the potential release of the Acer Liquid Metal Android 2.2 smartphone in the States, according to an official of the handset’s maker. Rogers is already prepared to launch the device in Canada, while Liquid Metal was also announced for the UK and already reached shops in France. 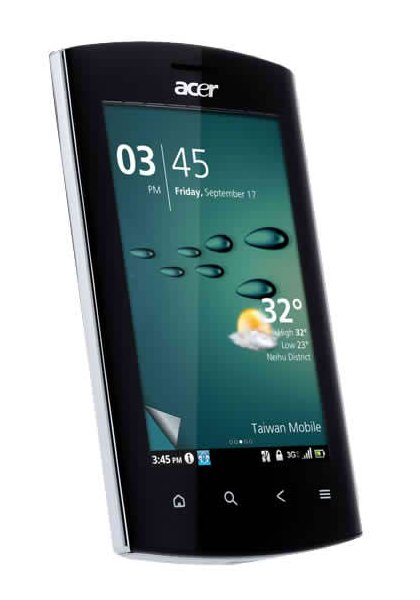 This is a GSM phone with appealing specs that are listed below and we know that it could be available in silver and brown. The device comes with a stainless steel battery cover and support for connectivity with a PC or game console via DLNA/UPnP. Here’s the specs list:

Acer Liquid Metal adopts Breeze UI together with Android 2.2, allowing users to manage apps more easily. Info is visible even when the screen is locked and there’s also a Social Jogger app on board that aggregates social networking feeds, allowing you to surf through them via trackwheel. Acer has been announcing a lot of tablets and smartphones lately, so 2011 will be very busy for them, especially if they join the Windows Phone 7 partner bunch.