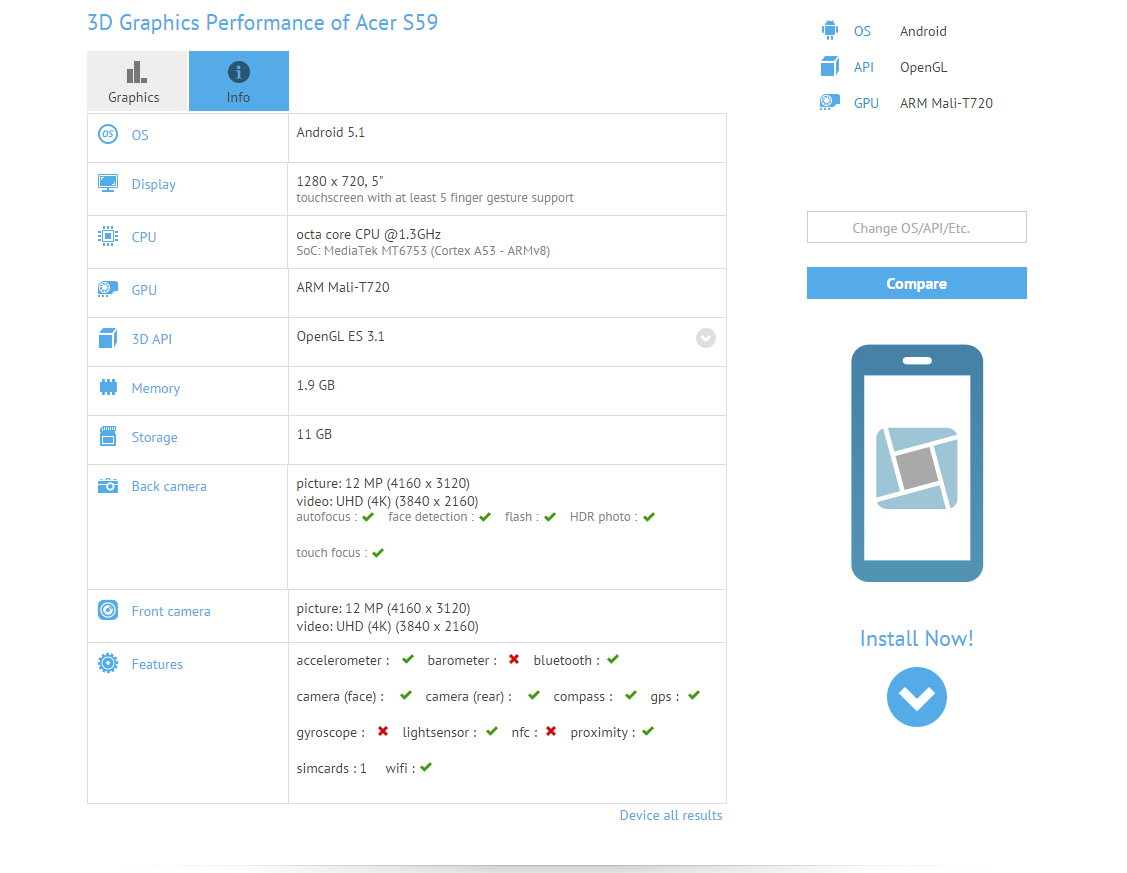 I can’t exactly remember when Acer launched its last smartphones, but I have a feeling it was around MWC 2015. Well, now it appears they’re prepping at least one new model, as shown by the GFXBench leak detailed below. 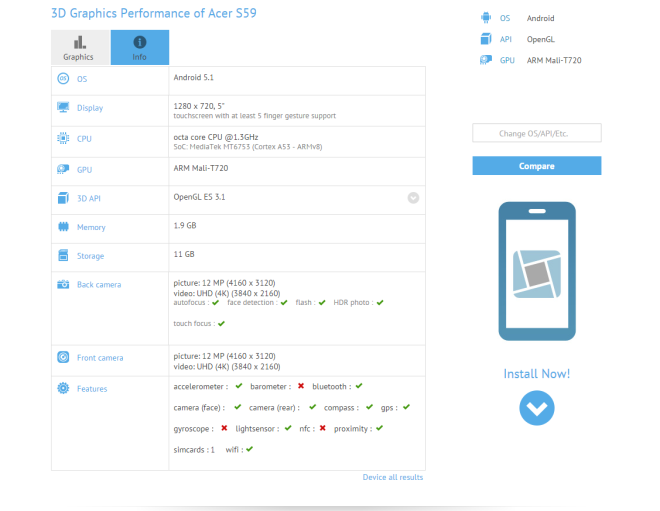 The newcomer is dubbed Acer S59, which is most likely a codename that will change once the handset is out. According to the GFXBench listing, it features Android 5.1, plus a 5 inch 720p display, but the really interesting part is in the camera section. This model is shown with a 13 MP back camera with 4K video capture and also a front 13 MP camera, with the same video resolution.

This instantly make the S59 a selfie phone, although it may just be a regular smartphone with a powerful front camera. It also has 2 GB of RAM, 16 GB of storage and an octa core 64 bit MediaTek MT6753 processor. That CPU provides it with LTE Cat 4 support, Bluetooth 4.0 and a Mali T720 GPU. Maybe we’ll see a release at IFA 2015, as part of the Liquid S series?