Acer brought the E-Ten expertise and 3 brand new handsets (plus one rebranded Glofiish) to Mobile World Congress 2009. However, the company’s not all about new hardware, but also new software, as they showcased their own Windows Mobile UI overlay, the Acer Shell UI. 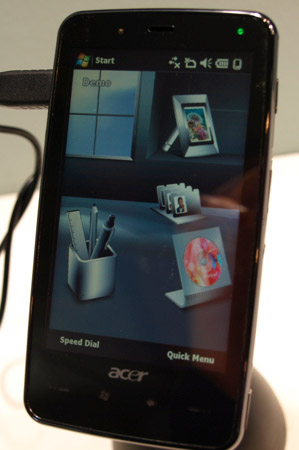 This finger-friendly interface is based on widgets and it manages to shine, competing with HTC’s TouchFLO 3D, the best UI in the biz. Acer Shell UI is a “virtual office space”, allowing the user to arrange desktop-like items (picture frames, Rolodex, clock etc).

Each of these desktop items stands for a widget app, but more of that in the presentation video below: