After Microsoft launched Windows Mobile 6.5, a Market Place for this OS and My Phone, Nokia finally unveiled their own app distribution service, the Nokia Ovi Application Store. This service will open for business starting May and the N97 will pre-integrate it, reaching the market in June. 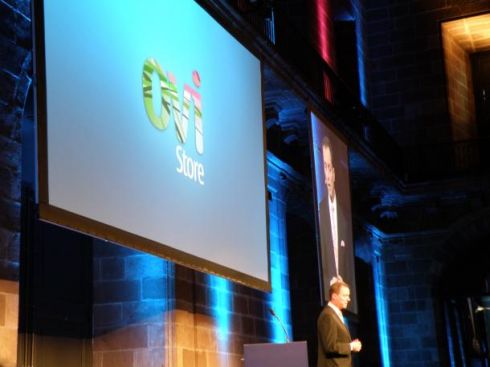 Nokia officials mentioned that the owners of Nokia S40 and S60 handsets will be able to download apps through the Store, starting from May. Developers will get 70% of the revenue generated by the service and they’ll start loading software via Ovi.com from March.

The global rollout of the store will take place this Fall and till the end of the year all Nokia phones will be supported. However, there’s more to the new service than meets the eye… Niklas Savander, executive VP of services and software for Nokia claims that we’re dealing with a smart store, that will suggest apps the user might like and integrate social location features in order to find relevant apps.

Through this technology, the GPS-enabled Nokia phones will get location-based content, which is a step ahead of Apple, Palm and BlackBerry.