One of the most interesting moments at Google I/O 2010 was seeing Adobe Flash 10.1 Player in action on the Nexus One. It’s been quite a while since the times when Steve Jobs claimed that Flash is a technology that’s too clunky and resource intensive. Nowadays, modern smartphones have all it takes to run Flash Player and the technology produced by Adobe has evolved, as well. 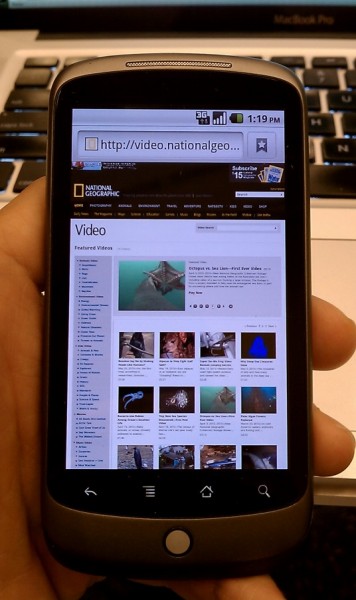 Adobe’s new Flash 10.1 beta for Android was showcased on the Google Phone and we’ve seen Flash content running without lag or any kind of problem. The demo included playback of videos on the Wall Street Journal Online, TNT and Blip TV, all working like magic, smooth and accurate. Also, interactive menus and games on the web worked almost perfectly.

We say “almost”, because the Nexus One experienced performance issues when running a couple of apps and services at the same time. Not Adobe’s fault, that’s for sure. The N1 handles this technology pretty well, but we doubt it’ll work on handsets with lower end specs, so this is a standard to play with in the future.

Here’s what we’re talking about: