The folks of Mobilissimo.ro have an interesting piece of news for us, having just discovered that Android Ice Cream Sandwich and Galaxy Nexus received Adobe Flash Player 11.1 support today. The proof is in the picture below, showing a Galaxy Nexus with this app. 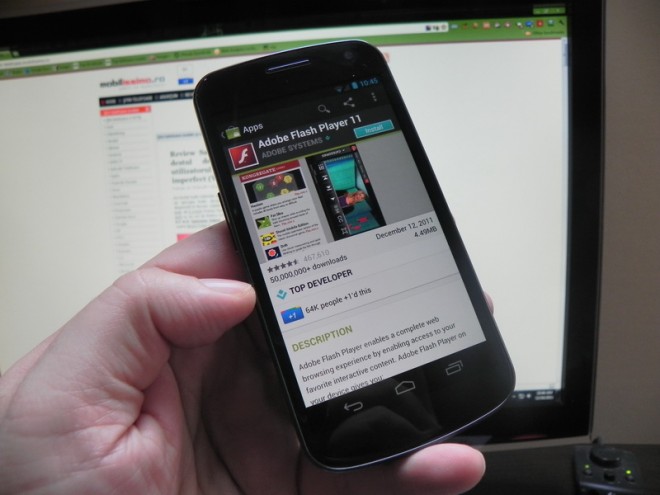 This is one of the last updates of Flash Player, since Adobe said that it will give up developing this piece of software in the future. It appears that Steve Jobs was right, as far as Flash vulnerabilities are concerned and the way it slows down the machines it runs on. When the Galaxy Nexus started reaching the web in various reviews, people criticized its lack of Flash, so Google and Adobe worked it out and launched the software today. They previously promised its availability before the year end and they made good to their promise.

If you own a Galaxy Nexus, that just went on sale on Verizon this week, be sure to check the availability of the Flash Player update. You can also use a custom ROM with Ice Cream Sandwich on various devices, if you want to try out Android 4.0 and Flash Player, but be wary as the custom ROMs are buggy at this point. Also, once 2012 kicks in we’ll start seeing updates to Android 4.0 on all famous smartphones.