Pantech is one of those Asian brands that wants a bigger piece of the US mobile market and they’re not afraid to show it. Their latest initiative involves the Pantech P4100 tablet that’s meant for AT&T with LTE support. Now, a handset comes along with the same features and carrier orientation. I’m talking about the Pantech P9070, with LTE and recent FCC confirmation. 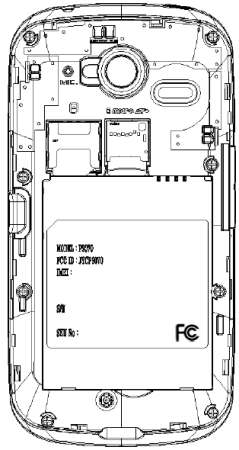 This mysterious device is pictured in the diagram below and other than that it’s completely mysterious. We could see it taking off at CES 2012. I have to say that the camera sensor looks pretty fancy, so it might be an 8 megapixel unit with pretty strong photo features. The device could reach AT&T about the same time as the P4100 tablet, with a good dual action going on here. A quick look at this design makes me think about HTC for some reason.

Also, the battery on this thing seems pretty big, so it should provide enough juice to support your LTE craving. Well, at least this model has a microSD card slot, unlike the Galaxy Nexus, yet another LTE smartphone from Verizon’s offer. They have quite a bunch of those, including the Motorola Droid RAZR, HTC Rezound and soon the Droid 4. I guess that the Pantech P9070 can be seen as their lower end sidekick, right?