Pantech was out of the phone business for about a year, taking a hiatus as the company got a new mother-firm. Over the past month they came back with a new model dubbed SKY IM-100 and it’s already proving to be a hit, at least in Pantech’s homeland of South Korea. 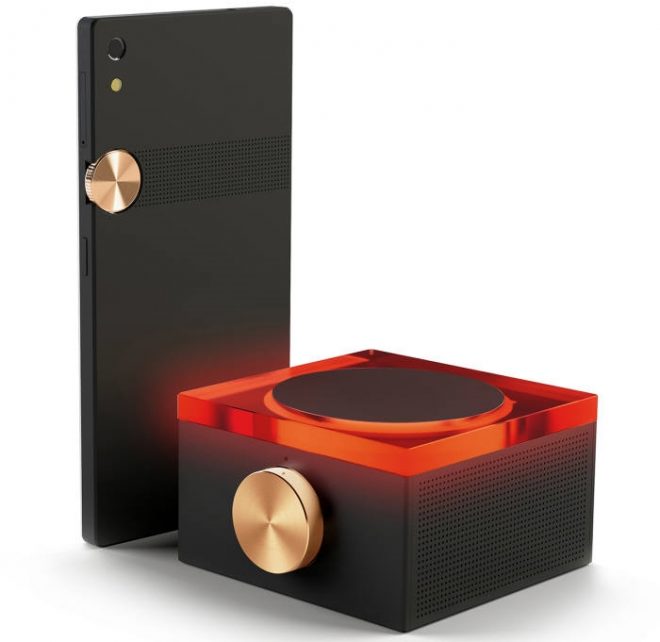 The first shipment of 30.000 units has been sold out from June 30 till now. Available in white and black, the device is priced at $390 and it’s sort of a music phone. It comes with a special side wheel used to tweak volume and there are apparently 100 levels of volume precision tweaks. This is a modest device, specs-wise, with a Qualcomm Snapdragon 430 CPU, 2 GB of RAM and 32 GB of storage.

IM-100 has a metal case, a 3000 mAh battery and a 13 megapixel main camera, as well as a 5 MP front shooter. There’s also 4G LTE, WiFi, NFC and AGPS and in case you’re wondering what that cube thingie is, it’s a Bluetooth speaker called Stone, also used as wireless charger.