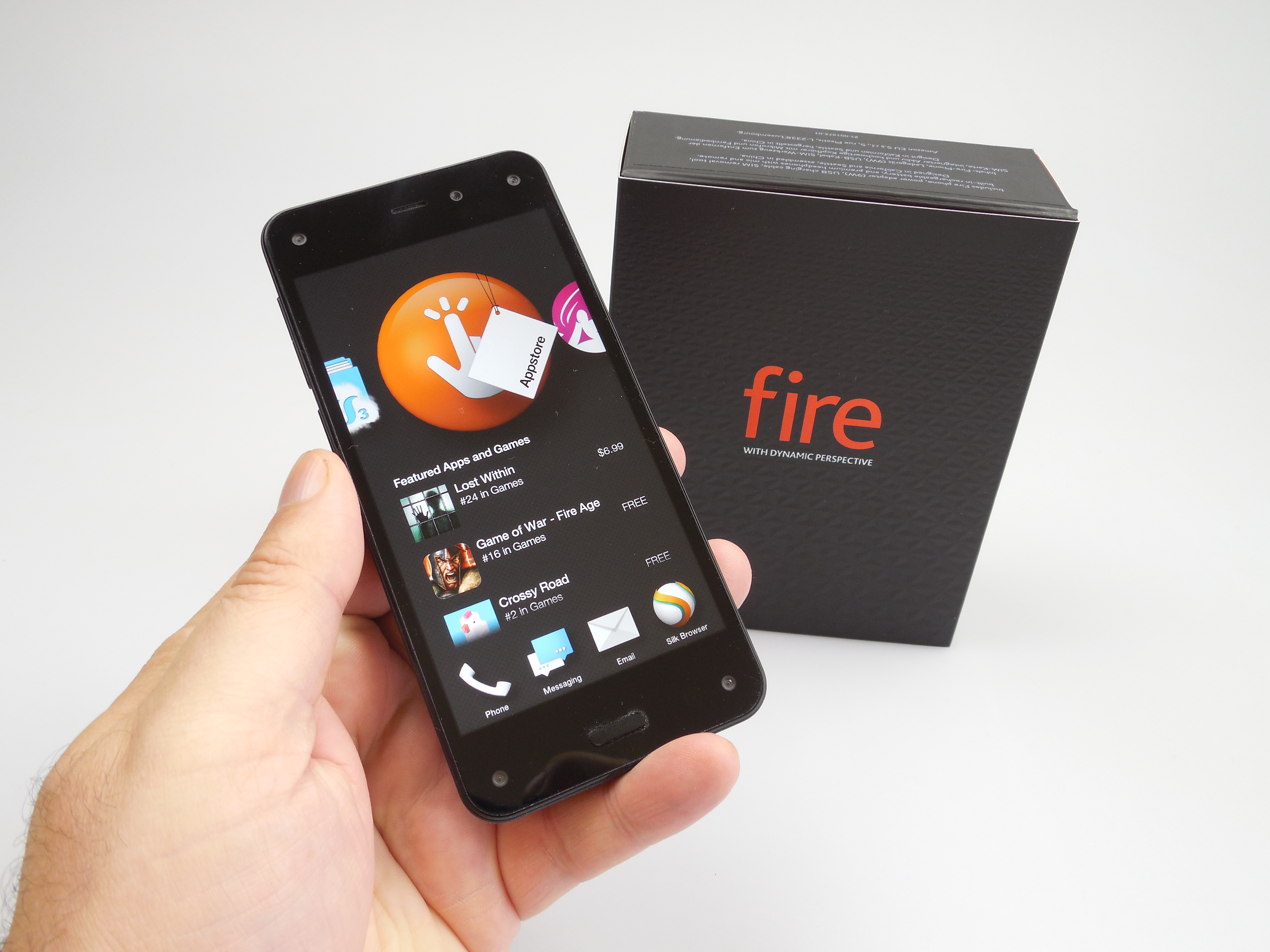 And here we are with the Amazon Fire Phone, that has arrived on our test table and gets unboxed below. The device was announced in the summer of 2014 and it’s the first phone from Amazon, after a series of e-readers and tablets. 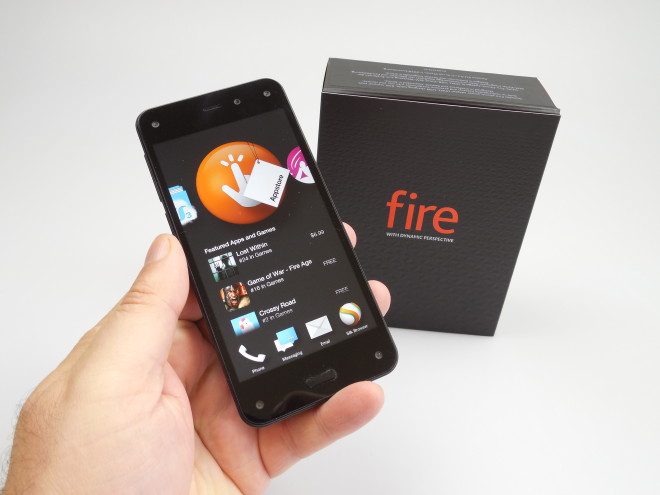 The box and packaging reminds me of the latest BlackBerry device packages, with all those little black boxes and some hints of red. This model is priced at $449 on Amazon.com, off contract and with one year of Prime in the mix. Inside the box we found a pair of headphones that look a lot like the Apple Earpods and are connected via magnets. 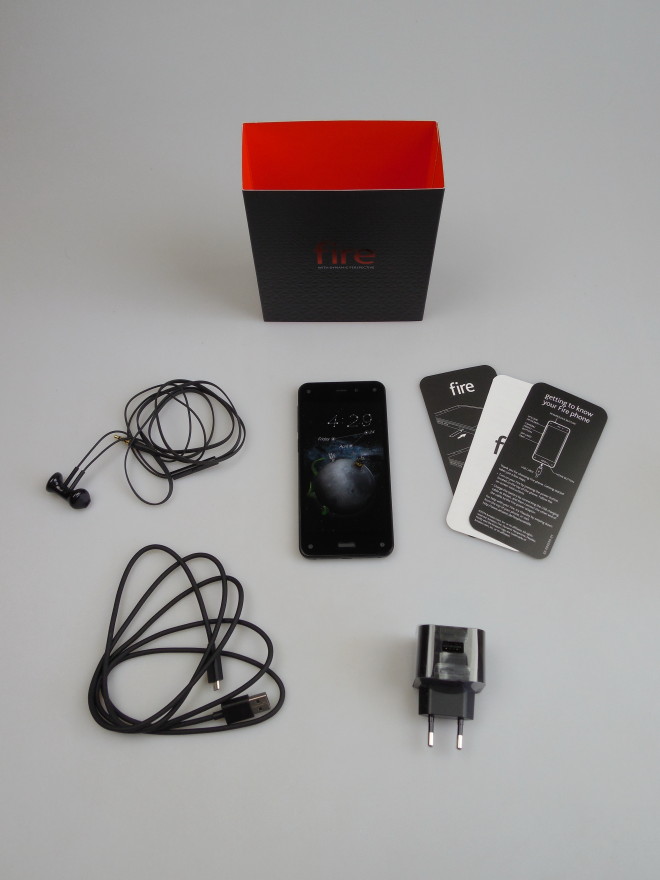 There’s an USB cable, charger, manuals and the SIM key. Amazon Fire Phone measures 8.9 mm in thickness and its glassy back reminded me of the Nexus 4. It also weighs a hefty 160 grams, which is quite a bit for a 4.7 inch handset. This model comes with a Snapdragon 800 CPU, 2 GB of RAM, 32 or 64 GB of storage and it doesn’t use a microSD card slot. 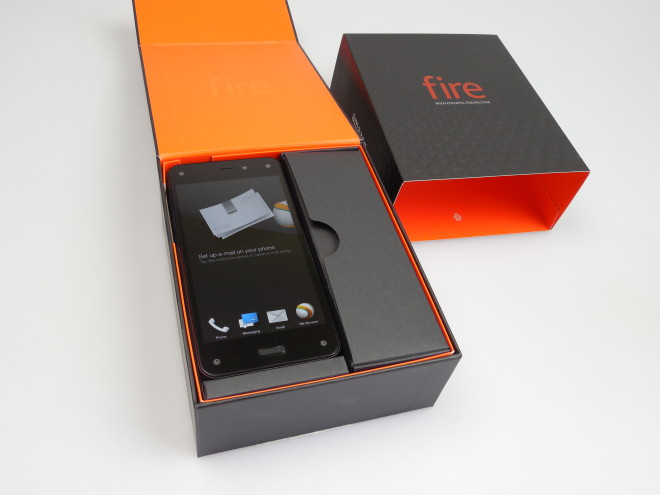 The product relies on a nano SIM card slot and integrates 4 front cameras, that trigger 3D effects and a 3D UI. There’s also a 13 MP main camera with OIS and a front 2.1 MP shooter for selfies. Stereo speakers with Dolby and a 2400 mAh are also on the list. Amazon Fire Phone runs Fire OS, with an interface based on swiping and a carousel of the latest apps and functions accessed.

We’ll be back with a full review ASAP.