Although it happened yesterday, it’s not an April Fools joke: Android 4.0.4 IMM76D has just leaked in the Nexus S 4G version. Rumors were already saying that the handset will receive the update soon, but the official stock image already surfaced on the web. The guys of Briefmobile got the leaked file and exclusive access. 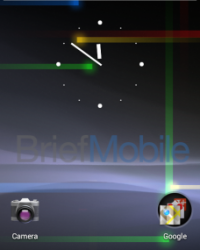 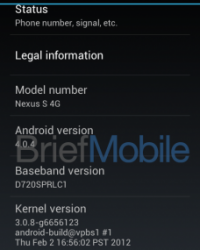 The leak contains the updated signed_radio/img, boot.img, bootloader.img and recovery.img, plus system.img and userdata.img, so everything you need to perform a perfect update. Expect it to come to your Nexus S4 via OTA download soon enough. We don’t yet have an official release date for ICS  in this version, but the Nexus S already got its version two days ago. Well, let’s get to the goods: you can download the software from here (find more mirrors in the source link below) and be warned that the update wipes your data entirely.

OK, so you downloaded the zip file, next you should install the NS4G drivers, download and unzip Odin v1.85, open Odin3_v.185.exe and power off the Nexus S 4G. Then you’ll put the handset into Download Mode by holding the Volume Up+Down keys and press the Power button. Next you connect the Nexus S 4G to the PC, make sure that Odin recognizes it and you should notice “0:[COM#]” fill in the first box. Then you click BOOTLOADER, select “SPH-D720_IMM76D_KE1_BOOTLOAD_signed.tar”, click PDA and select “SPH-D720_IMM76D_PDA_signed.tar”, then click PHONE and select “SPH-D720_IMM76D_LC1_Modem_signed.tar”. Finally, click START and the phone will reboot and run Android 4.0.4. Enjoy!