If you look at the picture below, you may see a slight resemblance between young Steve Jobs and Ashton Kutcher, the man chose to play Jobs in an upcoming film. Variety is saying that the Two and a Half Men star will take on the role of the Cupertino guru in an indie film known as “Jobs”. 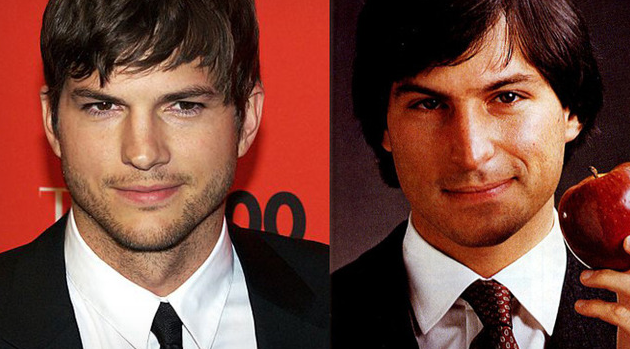 The movie will be directed by Joshua Michael Stern and it’s not very clear what portion of Jobs’ life will be covered in the motion picture. Variety claims that the movie is more focused on Steve’s ascension from hippie to Apple co-founder. Although some rushed to say this is yet another April Fools story, the Variety editor behind the story, Jeff Sneider swears it’s true and this is also confirmed today,  April 2nd, so no joke folks! Ashton is famous for his huge number of Twitter followers, he also had a social media company of his own last time I checked and already played the role of billionaire software mogul on Two and a Half Men, so he’s up for the task.

I’m not so sure if he can stop being immature for this role, though… hopefully we won’t see an overexcited Steve Jobs doing LSD in the movie, since that shouldn’t be the focus of the picture, but rather getting a glimpse into the life of the Apple CEO. What do you say? Will it suck or will be Oscar material?