Although there are tittles out there like Raging Thunder 2 and Homerun Battle 3D that allow iPhone owners to join Android users in gaming sessions, this new title is a bomb. We’re talking about SGN’s Skies of Glory, that gets shown in action at the end of the article. 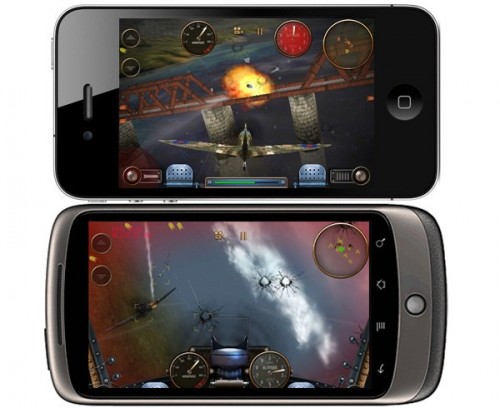 Skies of Glory is an aerial dogfighting game, that has recently been ported to Android (2.0 and above), being able to communicate with iOS device via WiFi, Bluetooth or 3G.

Let’s hope that such cross-platform action will expand to MeeGo, Windows Phone 7, BlackBerry 6 and Symbian…