Motorola’s i1 is a premiere, the world’s first Android iDEN smartphone and if you want to have a taste of that, you can do it starting July 25. The handset will debut on Sprint for $149.99 with a 2 year contract and after a $50 mail in rebate. Direct shipping is available on said date, while the rest of the channels will offer the device starting August 8. 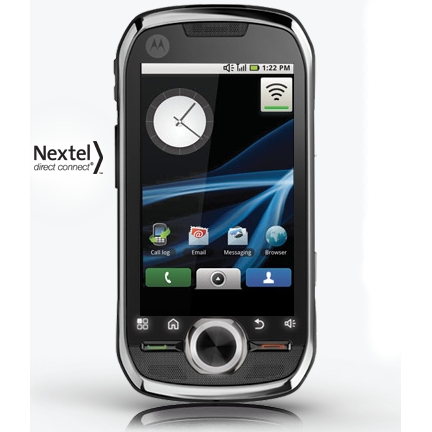 Motorola i1’s specs are similar to the ones of the same model available on Boost Mobile. The phone runs Android 1.5, packs a HVGA touch display, WiFi, GPS, a 5 megapixel camera and a microSD card slot. There’s also a Swype virtual keyboard among the specs, as well as a Microsoft Document Viewer and preloaded apps (Xora, Sprint Mobile Locator, TeleNavTrack).