There’s something pretty cool that happens once in a while: developers see some screenshots of a future OS and they turn them into a customized ROM that follows the leaks. This happened to Android Ice Cream Sandwich, that you can now have fun with on your device, through an unofficial piece of software that you can install. 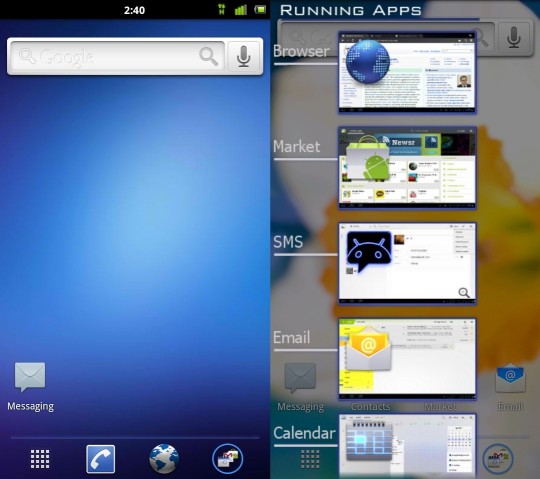 The folks of XDA created a new launcher based on Android 2.4 screenshot leaks and it looks just like in the screenshot above. This third party launcher is based on previously leaked screenshots and rumors heard recently. Of course, aside from using rumors, the developers also added some of their own settings and options, for a pretty awesome result.

The people who installed this piece of work say it looks great, especially considering it’s an alpha build that still needs some work done. Screen animations while scrolling need some enhancement and the multitasking button doesn’t do anything special yet. The settings button also doesn’t work. Here’s a hands on with the software and a download link for it: