Jelly Bean and the following versions of Android are supposed to develop on this idea of multi user functionality in Android. Codes and files have been discovered this week deep inside Android and people snooping around have found that multiple user accounts can be active in future versions of software. 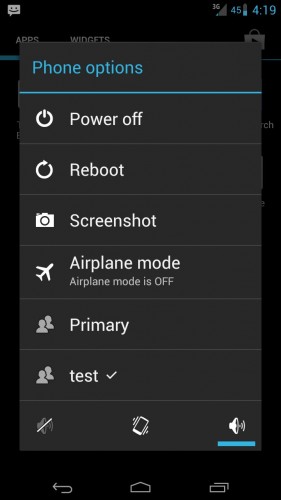 So, in the future we’ll have a login screen with multiple separate accounts for you, your relatives, friends etc. XDA Developers have been on the case for a while now and user zanderman112 shows how you can activate the function on an Android device, in this case a Galaxy S III with Jelly Bean. Obviously, the feature is not finalized yet, so there’s a bit of work to be done on it. Well, at least the base of the feature is set and the future sounds interesting.

At the moment you can create a second user, a guest that will only explore the device in a limited way. They will get to the Settings area, where they can access connectivity settings, sound, display, about phone and Security, with limited features. The next Android version could develop on this idea and the possibilities of co-working and sharing a device are great.