We have no doubt that Nokia will unveil WP8 devices in September, pertaining to the Lumia series. One of them is supposed to be the model pictured below, although I can’t guarantee it’s actually a newcomer. The picture you see here is supposed to be show a Nokia Windows Phone 8 prototype. 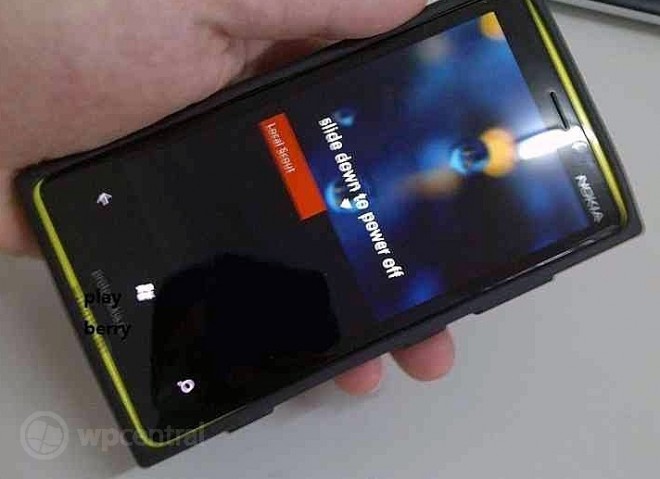 That’s what’s written on the bottom side of the phone, underneath the display, according to the tipster who provided the pictures. We notice from the start the smaller tiles, showing it could be Windows Phone 8 after all. However, it could be an existing Lumia model with an early build of Windows Phone 7.8. The only strange thing here is the lime-yellow color of the handset, that can’t be found on current Lumias, that are available in black, white, magenta, pink or blue.

There was a hue like this on a leaked device in December 2011, but we haven’t heard anything since. To me this looks very much like the Lumia 900 is a new color and with WP7.8, so I think there’s no reason to get excited. Making a fourth Nokia N9 twin would be a big mistake from Nokia, that would become boring at this point, so let’s hope this is not the only novelty from the Finns in this summer end. 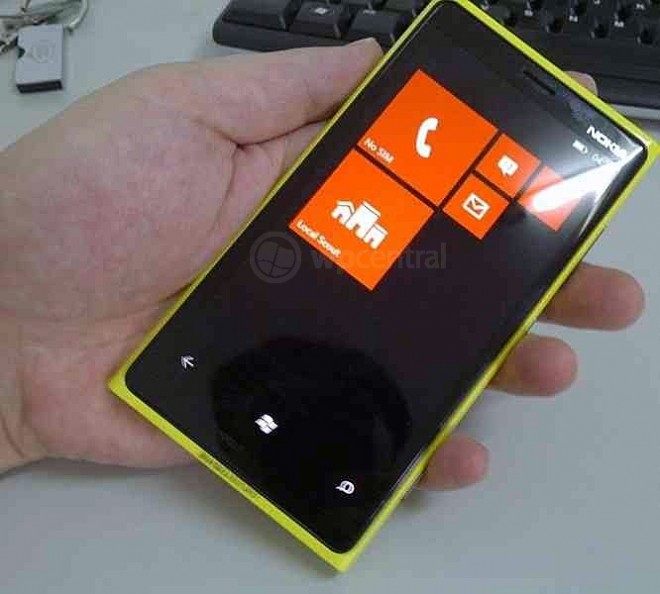