Android Market is playing catch up with Apple’s App Store, but it has a long way to go before reaching its number of downloads. However, in the included apps section, it seems to be performing pretty well, as experts estimate the Market could reach 100,000 apps this month. 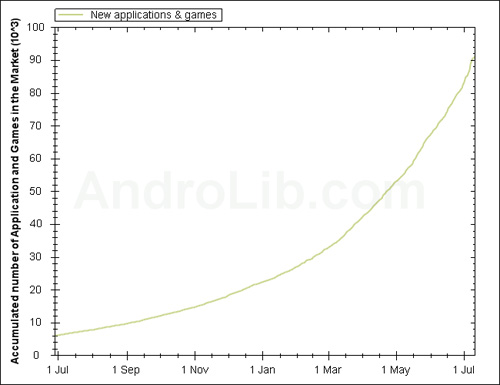 Now it’s already reached over 90,000 and AndroLib estimated that over 15,000 applications have been added in June alone. No official figures have been released by Google just yet and we have to mention that usually releases of new Android phones increase app launches dramatically. Such a spike took place in November 2009, when Droid debuted. 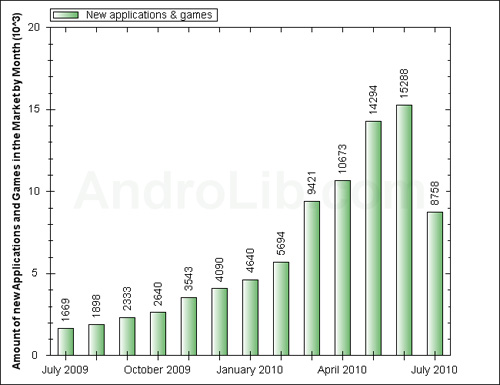 Another spike went down in April/May, when Droid Incredible was launched and we expect the free HTC EVO 4G phones given by Google to developers at the I/O conference in May to have also contributed to the dev love. Meanwhile, the Apple App Store provides 255,000 apps, but this service’s growth is much slower, specially if you take into account that Android Market was at just 50,000 apps in April.

There’s also the appeal of more free apps for Android, compared to the iPhone…