Leaked in RIM’s roadmap weeks ago, BlackBerry 9800, 9670 and 9300 were recently spotted in a bunch of videos that were quickly removed from YouTube. Thankfully, details regarding these models are still available on the interwebs, for you all to see. 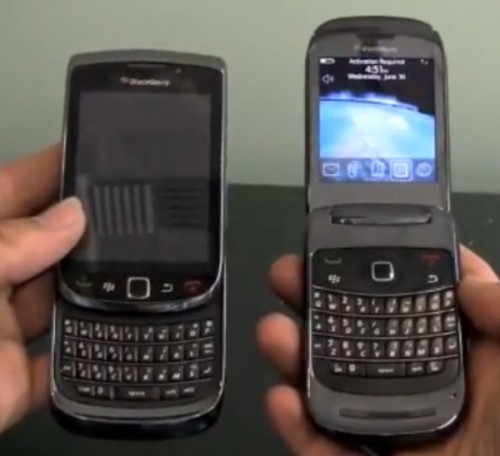 BlackBerry 9670 was spotted in an older version, with a 3.2 megapixel camera at the back and possibly running BB OS 6.0. There’s also the possibility of it running OS 5.2, but with the new WebKit browser included. Also, the device comes with a HVGA internal display and an external display that reminds us of the Pearl Flip.

BB 9800 is about the same size and weight as the Storm 2, although it packs a smaller screen. Its sliding mechanism got some praise, specially because it can’t open up accidentally. We learn that this phone comes with a capacitive touchscreen, without SurePress, a 5 megapixel camera with flash and 512MB of memory. Expect it to hit AT&T in September.

Last, BlackBerry 9300 is T-Mobile material, with a nice paint job and considered to be a successor to the BlackBerry Curve 8520/30. Its camera is a 3.2 megapixel unit, while the rest of the specs remind us of the older model, casing and display included.