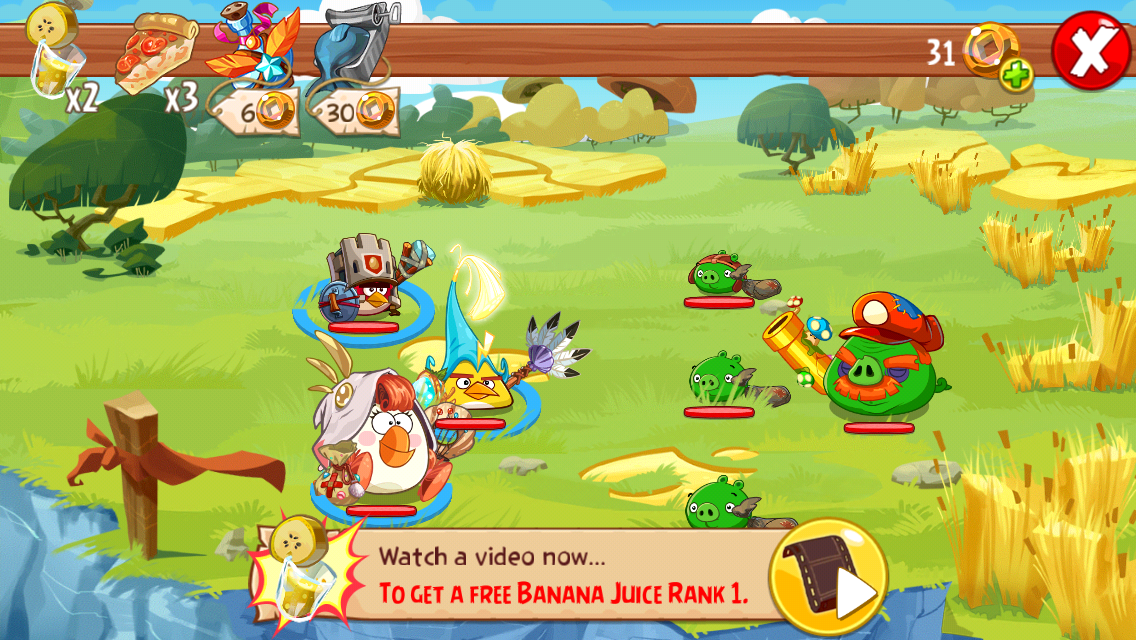 Lately I’ve been really bored with Angry Birds games, since they’re basically all the same. Rovio tried to branch out a bit with Angry Birds Go, but that did more harm than good since the game was mediocre at best and it was a real cash cow. Now we’ve got Angry Birds Epic to diversify the spread even more, entering the RPG segment. 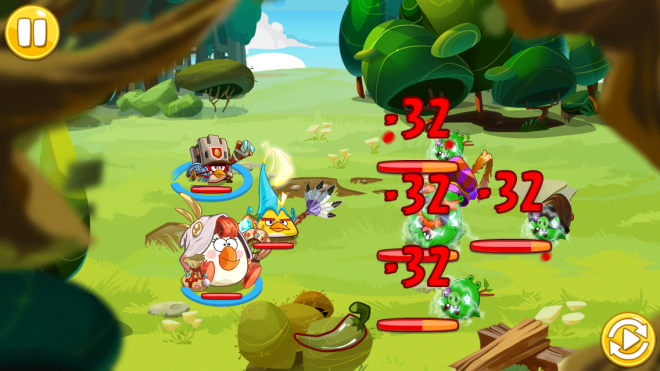 And it also tackles one of the areas with the most pretentious gamers: turn based RPGs, that has been dominated by Final Fantasy for a long time now. Rovio’s game is available for free on iOS and I played it on the iPhone 5 without any problem, since the 4 inch screen was enough to do the usual drag and drop action. Rovio’s turn based RPG is linear, it doesn’t exactly have a story and not many side quests are included (rather extra missions).

The combat is simple: you perform a drag and drop move from your bird to the pig to attack and drag and drop to your characters to enhance their status, add shields, heal them or other perks. There’s a chilli pepper at the bottom of the screen, that’s basically your limit break: once you get attacked enough times it fills up and allows you to go berserk. The party of heroes includes the usual characters, like Red, Chuck, Mathilda or Bomb, each with a clearly assigned role. 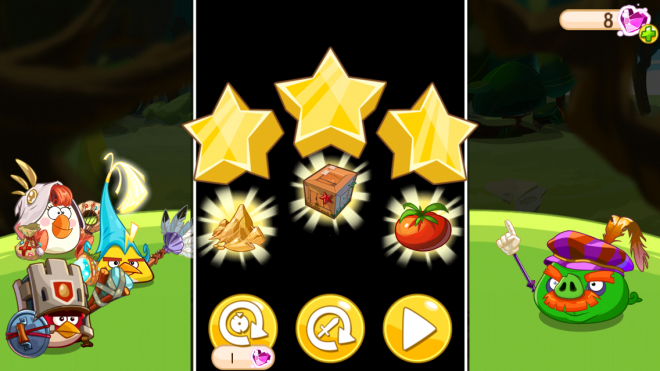 Mathilda is a healer, Chuck is a mage and Red is sort of paladin. You can craft new weapons from the loot you get (bananas, wood, shells, seeds and more) and also craft potions. There’s also a daily reward, that involves a fight with a golden pig of sorts. Speaking of which, you’ll take on the famous green pigs, in all sorts of garments, including wizard pigs, knights and other villains.

It’s pretty hard to progress in Angry Birds Epic, so you’ll have to do a bit of grinding. There are also status effects included, like poison, sleep, dispel or slow down, but also magic shields and elementals. Birds change classes with their headgear and there’s also in app purchases here, up to 50 bucks giving you 1500 coins. You can also watch Rovio’s promo videos to get health boosts, which is kind of nice.

Overall, I like the visual style of the game, the combat and weapon crafting, so this is a pretty good RPG, worthy of a 8.3 out of 10. You can download it here.