I’ve been an Angry Birds fan for a while now, so getting to play the new title on my iPhone 3GS was a pleasure today. It took me around 2 hours to finish all of the 60 levels of the Angry Birds Rio game. You can find in the Apple App Store right now or in the Amazon Appstore for Android, that took off recently. 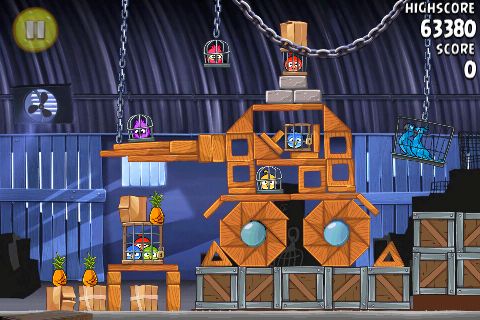 Angry Birds Rio uses some of the character of the upcoming motion picture Rio, like the parrot Blu and his nemesis, a beautiful white bird that you’ll meet in the final level. Instead of the usual green pigs you’ll be facing monkeys in the jungle and trying to free birds from their metal cages in the first 15 levels.

As usual, you’ll use the domino effect to break down crates and blocks, in order to reach your goal. You have the usual red birds, the blue ones that divide into more airborne menaces, the yellow penetrating flyers and the white birds with their lethal eggs. The graphics of the game are better than the one of the predecessors, but the Rio is much simpler and doesn’t pose much of a challenge to a hardcore Angry Birds gamer.

In the following months we’ll see updates for it, so keep an eye out! 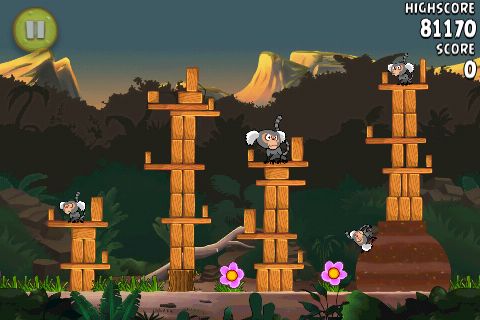 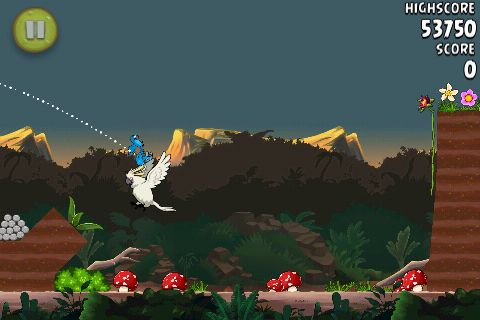