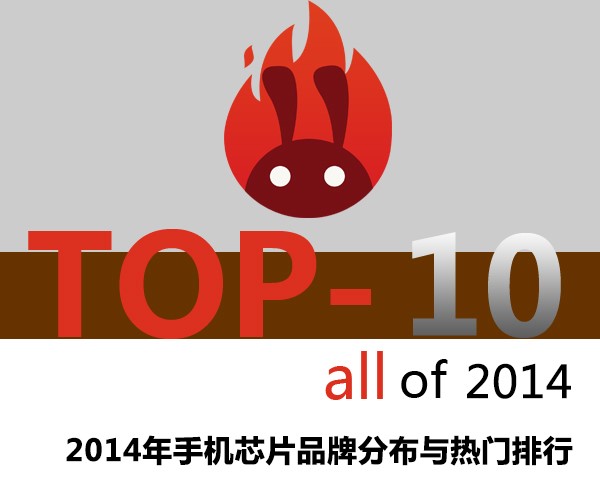 AnTuTu has published a mobile CPU distribution top and with it, the details about the best CPUs on tablets and handsets from 2014. Compared to 2013, it would appear MediaTek’s market share has increased, while Qualcomm dropped some percentage points.

Samsung also had its share eroded, with about 6%. Intel registered a small improvement and Rockchip performed well enough to be included on the list. Overall, I’d say that Qualcomm’s domination is not as big as in other years. AnTuTu analyzed tens of millions of mobile chips tested in its rankings and found Qualcomm to be the winner with 32.3% share, followed by MediaTek, with 31.67% and then Samsung with 22.1%. 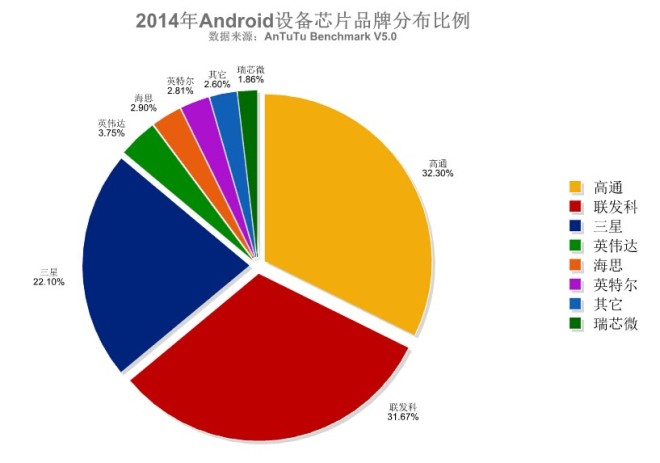 The battle for the first spot was very close, with MediaTek getting the bulk of orders for the lower end and midrange handsets. MediaTek’s most high profile chips were the octa core ones, 64 bit chips and the older quad core units. I would call Samsung’s share a surprise, since it’s generated mostly by a handful of phones. They make their own chips and include them on the likes of Galaxy Alpha, Note 4 or Galaxy S5, plus the older units.

With Mediatek already popping up in a few tests of future high profile devices and Qualcomm having image problems with the Snapdragon 810, 2015 may have an interesting winner… 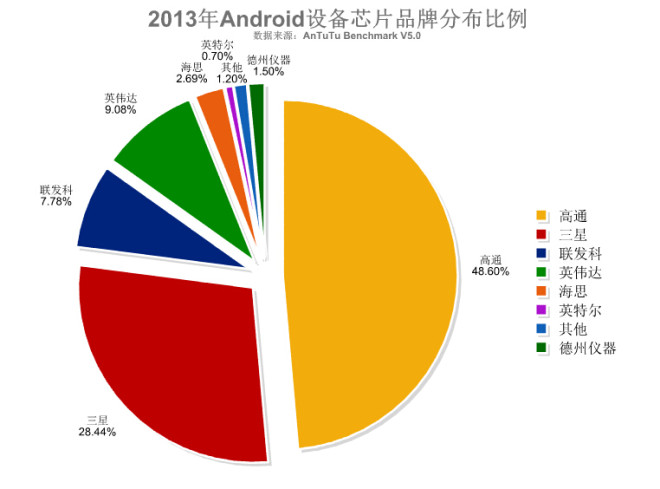