After learning that Apple and Verizon might reach an agreement regarding the iPhone exclusivity, once AT&T’s contract ends, word’s out that the Cupertino company and the carrier are working on two iPhone-like devices. It seems that they’ll be launched this summer, on the Verizon network and one of the two is a simpler iPhone, with CDMA support. 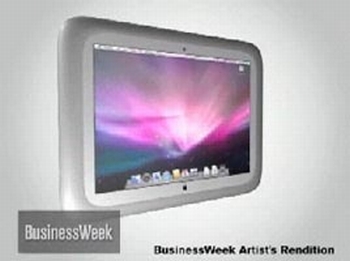 This device could as well be the iPhone nano, we’ve been seeing a lot lately, as a concept and it turns out that this simplified iPhone will come with fewer features and a lower price. The second gizmo would be some sort of iPod Touch-netbook combo, also dubbed the “media pad”, by a source talking to BusinessWeek.

The new Apple hardware supports the Verizon Wireless network and will be able to make calls via WiFi. We found out that this media pad incorporates a pretty large touchscreen, interactive multimedia features and it uses the system on a chip design. Add HD video and audio playback to the list, plus interaction with an iPhone-style interface and we’ve got a winner.

Will AT&T feel offended by this offer and cooperation with Verizon?