It seems the iPhone 4 antenna issues were a known fact, even before the handset was released. At least so says Apple senior engineer and antenna expert Ruben Caballero, who told Steve Jobs that the antenna design on the new device could make the phone drop calls. Bloomberg has the scoop on this info. 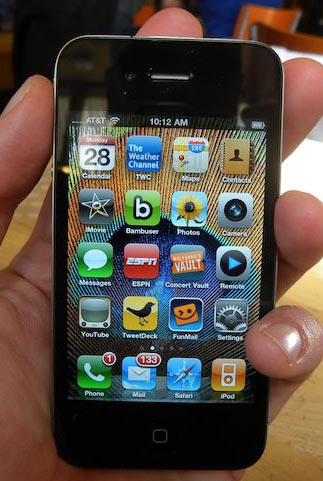 At the time of the engineer’s discovery, the iPhone 4 was in the early stages of design, so things could have been changed for the best. For now, Apple spokesman Steve Dowling refuses to comment on the engineer’s statement and also won’t let Caballero say anything to the press any more.

The main event of the day is certainly Apple’s press conference, taking place at 10 AM Pacific time and clearing up the whole iPhone 4 antenna issue (we hope). While some say the iPhone 4 will suffer a major recall, there could be a software fix ready to rid us of dropped calls. Which one will it be?