Home Apple Apple Could Finally be Working on Dual SIM iPhone, According to Patents... 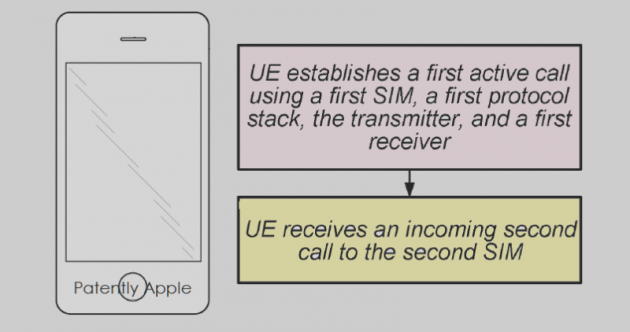 Using two SIMs on an iPhone has been a dream for a long while now and if Apple truly wants to tap into the Indian and Chinese market they must make that come true. They may well be on their way, judging by a new patent that emerged from China.

Documents that were filed with China’s State Intellectual Property Office detail a dual SIM card feature for an iPhone. It would let it store two phone numbers and it was submitted in March 2016, then published in September this year. The inventor listed in the documents is Li Su, main architect for cellular software at Apple. In the meantime earlier this week, Apple also got a similar dual SIM patent in USA, so things are lining up.

Of course, a dual SIM version of the iPhone would mean that the device will increase in thickness, but not necessarily if the eSIM technology is adopted. Instead of switching SIMs, you will be able to reprogram a single SIM for different networks via a software update. Such eSIMS are already being used on the 9.7 inch iPad Pro launched this year.

While this would be big in India or China, Apple is very much tied to carriers in Western Europe, Japan or USA, where their relationship with operators is key. A dual SIM iPhone would basically mean carriers sell one less phone every time a model is moved. Of course, a patent doesn’t mean a product is coming, but still there’s hope.